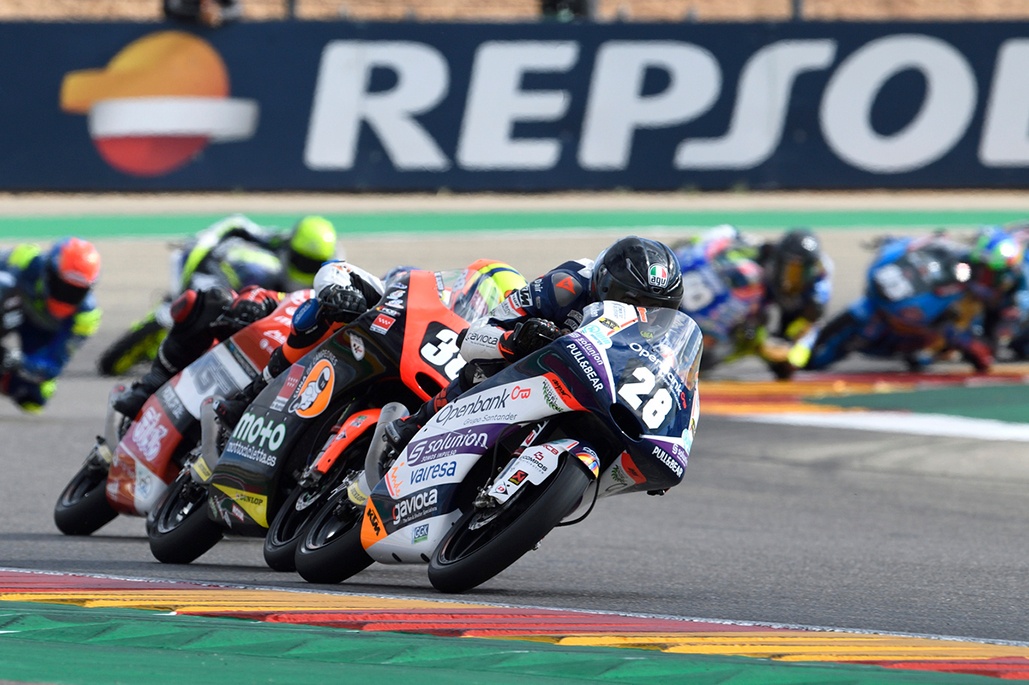 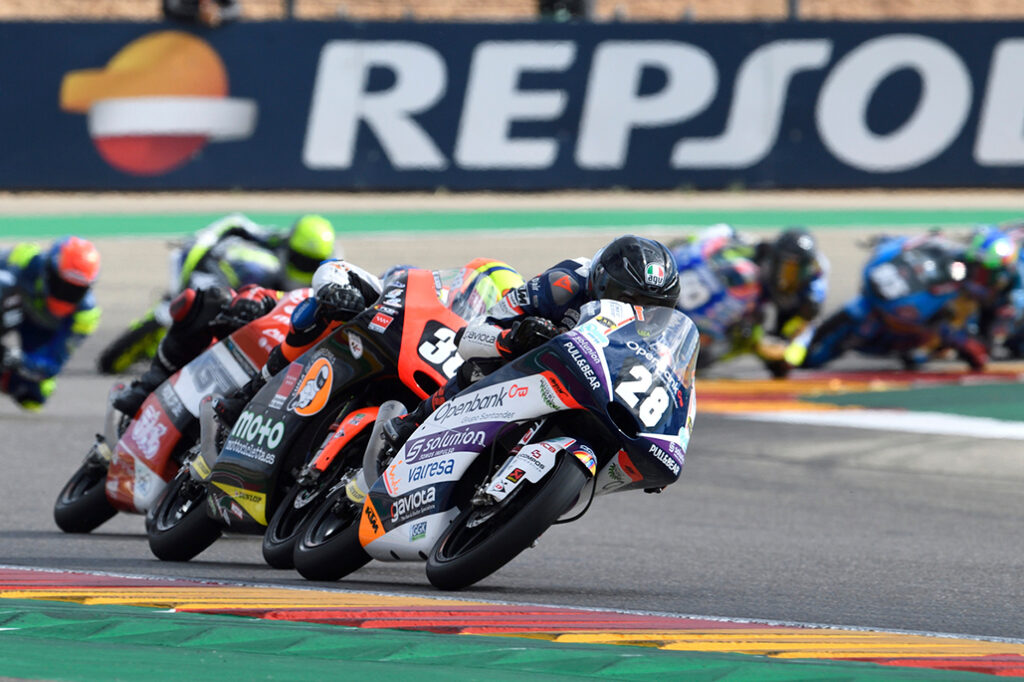 All eyes were on Izan Guevara (Openbank Aspar Team) in FIM Moto3™ JWCh after his incredible comeback from 22nd on the grid on Saturday, and the Spaniard repeated the feat in Race 1, taking the spoils ahead of Pedro Acosta (Team MT-Foundation 77) in a last lap battle. Jose Julian Garcia (SIC58 Squadra Corse) claimed a third consecutive podium finish but there was drama for championship leader Xavier Artigas (Leopard Impala Junior Team) who was forced to take a Long Lap Penalty for a grid procedure infraction. After fighting his way back into contention, he was forced to settle for fifth.

In Race 2, Guevara embarked on another rescue mission from the eighth row but the race almost ended in tears after a collision with team-mate Daniel Holgado (Openbank Aspar Team) with both running wide at Turn 12. Guevara recovered to set up a last lap showdown with Artigas, where the 16-year-old prevailed in a photo finish to close the gap in the championship, now trailing his compatriot by just 10 points. David Salvador (Cuna de Campeones) returned to the podium for the first time since Portimao in third, with Holgado promoted to fourth after Garcia was demoted one position for exceeding track limits on the final lap.

In the Moto2™ ECh, rain started to fall in the build-up to Race 1 with drama striking championship leader Yari Montella (Team Ciatti – Speed Up) on the warm-up lap. A collision with Alejandro Medina (Apex – Cardoso Racing) eliminated both riders before the race had even started. A thrilling scrap followed between Alessandro Zaccone (Promoracing) and Niki Tuuli (Team Stylobike), including contact between the two at Turn 1 which almost unseated the Finn. Zaccone would snatch victory in the end with Tuuli 0.059s adrift. Xavi Cardelus (Team Stylobike) took advantage of the pre-race drama to claim his first podium on 2020 with Alex Toledo (EasyRace Team) the leading Superstock 600 runner after a crash on Lap 1 for Fermin Aldeguer (Fau 55 Tey Racing).

Race 2 brought more drama with the championship protagonists going head-to-head at the front, trading fastest laps in a tense finale. Once again, the final corner settled matters with Montella sneaking up the inside of Tuuli to take a hugely significant victory, bouncing back from his Race 1 disappointment and extending his championship lead to 23 points. Zaccone completed the podium in third with a crash involving Cardelus and Taiga Hada (AGR Team) promoting top Superstock 600 rider Alex Toledo to sixth.

The HETC title was up for grabs on Sunday but Zonta van den Goorbergh (Super-B) ensured the battle will continue to Valencia with a fourth victory in succession. The Dutch rider was pushed all the way in a nine-lap sprint following a delay due to a brief rain shower. David Alonso (Openbank Aspar Team) ensured he will take a 28-point lead to the final weekend after seeing off his team-mate Ivan Ortola (Openbank Aspar Team) for second with Alberto Ferrandez slipping out of title contention after finishing fourth.

The 2020 FIM CEV Repsol season will conclude with back-to-back days of racing at the Circuit Ricardo Tormo on October 31 & November 1, with all three titles set to be decided. Three FIM Moto3™ JWCh races remain with 50 points still available in the Moto2™ ECh and HETC.