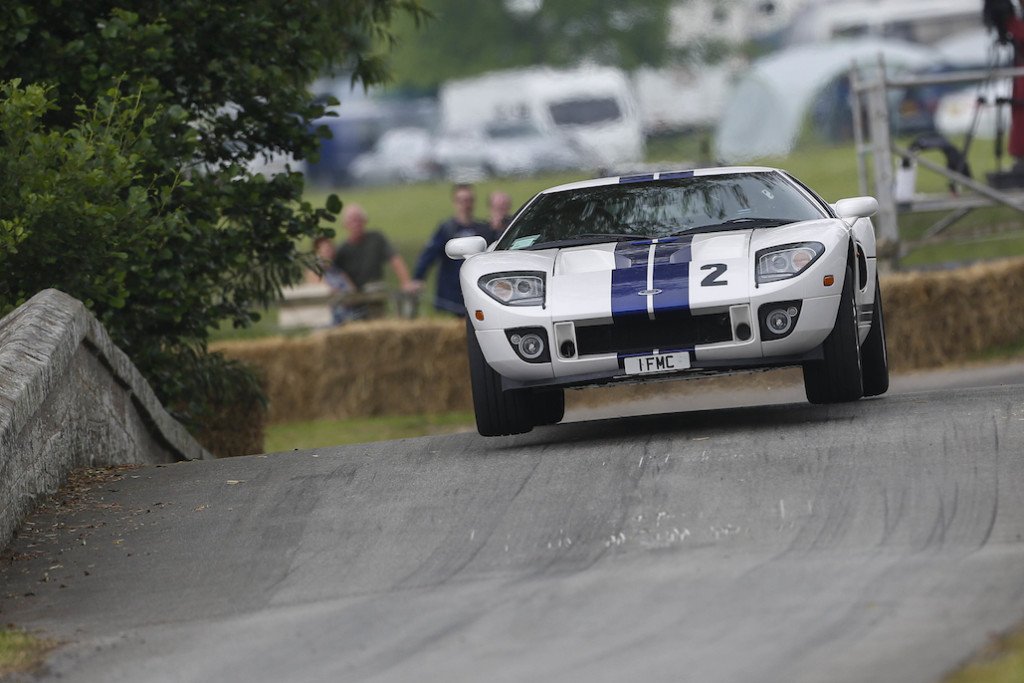 As organisers of Cholmondeley Power and Speed are finalising the entry list for 2016, with the theme Supercars: Past, Present and Future, they have studied the lap times of the fastest supercars that have competed on the famous, nail-biting track since the event began in 2008.

Created to celebrate Aston Martin’s 100th anniversary, this stunning special edition of the Vanquish took to the Cholmondeley track in the marque’s centenary year – 2013. With 565bhp and a 0-62mph time of 4.1 seconds, this important piece of Aston Martin history completed its lap in the tenth quickest time.

Inspired by the legendary GT40, this eye-catching supercar has 542bhp and a 0-60mph time of 3.4 seconds. When it competed in 2014 the high-performance model, showcasing the skill of the Ford Special Vehicle Team, set a very competitive time in a real crowd-pleasing lap.

Before the current Continental GT Speed arrived, the 621bhp Supersport was Bentley’s fastest and most powerful production car ever with a 0-60mph time of 3.7 seconds and a 204mph maximum. The elegant model sped around the track back in 2010 to set this top ten-worthy time.

With a top speed of 213mph and a 0-60mph time of 3.5 seconds, the futuristic looking Jaguar XJ220 was at one time the fastest production car in the world. In 2012 one of only 281 of these rare motors was a hotly anticipated, and very quick, competitor at the Cheshire-based event.

The Ferrari 458 Italia is an award-winning supercar that can go from 0 to 62mph in 3.4 seconds. There’s been more than one 458 Italia at Cholmondeley over the years, but this best time was achieved in 2012.

With 395bhp and a 0-62mph time of 4.1 seconds, the Carrera 4S’ 3.8-litre flat-six engine powered it to within touching distance of the top five. In 2013 it came second in its class, beaten only by the fastest supercar to ever take to the Cholmondeley track.

In 2012 the GT-R was driven by Jann Mardenborough, who was the first British winner of Nissan’s GT Academy the year before. He entertained crowds with a highly competitive lap in the 493bhp car, which can reach 60mph from a standing start in just 2.7 seconds.

Known affectionately as the ‘everyday supercar’, the 552bhp Turbo S can do 0-60mph in three seconds. When it took to the track in 2014 this seventh-generation 911, powered by a twin turbo-charged 3.8 litre engine, posted a very impressive time.

Transferring five decades of F1 experience to the road, the McLaren 650S has a top speed of 207mph and can go from 0-60mph in under three seconds. It raced around the Cholmondeley track recording the second fastest supercar time in 2014.

Holding the two fastest times for a supercar on track is the Lamborghini Gallardo LP570-4. In 2011, the Spyder Performante version set an impressive lap time of 63.54 seconds. Two years later, the lightweight Superleggera went even faster. It treated visitors to a truly blistering track performance, shaving almost a second off the Performante’s time. In the hands of precision driver and race car instructor Tim-Marshall Rowe it posted a time of just 62.64 seconds. The video of his lap is available to view here – http://bit.ly/1W5Uh7b

Cholmondeley Power and Speed’s celebration of supercars past, present and future will include stunning displays and thrilling on-track action. The activity will give attendees the chance to get up close and personal to some of the most powerful, eye-catching and revered supercars in the world.

The 2016 staging of the event will also feature the inaugural Motorshow Live! Taking place on the Friday, this all-new element of Cholmondeley Power and Speed will give car manufacturers the opportunity to demonstrate their latest models on track while enabling guests to test drive in a unique racing environment.

Additional features and content on land, air and water will be announced over the coming weeks, with all elements of the event once again set against the stunning backdrop of Cholmondeley Castle and its beautiful parkland.

Further information and tickets are available at www.cpop.co.uk for the event at Cholmondeley Castle, Malpas, Cheshire. Adult tickets are priced from £20 and children’s tickets are free if purchased before 30th April 2016.