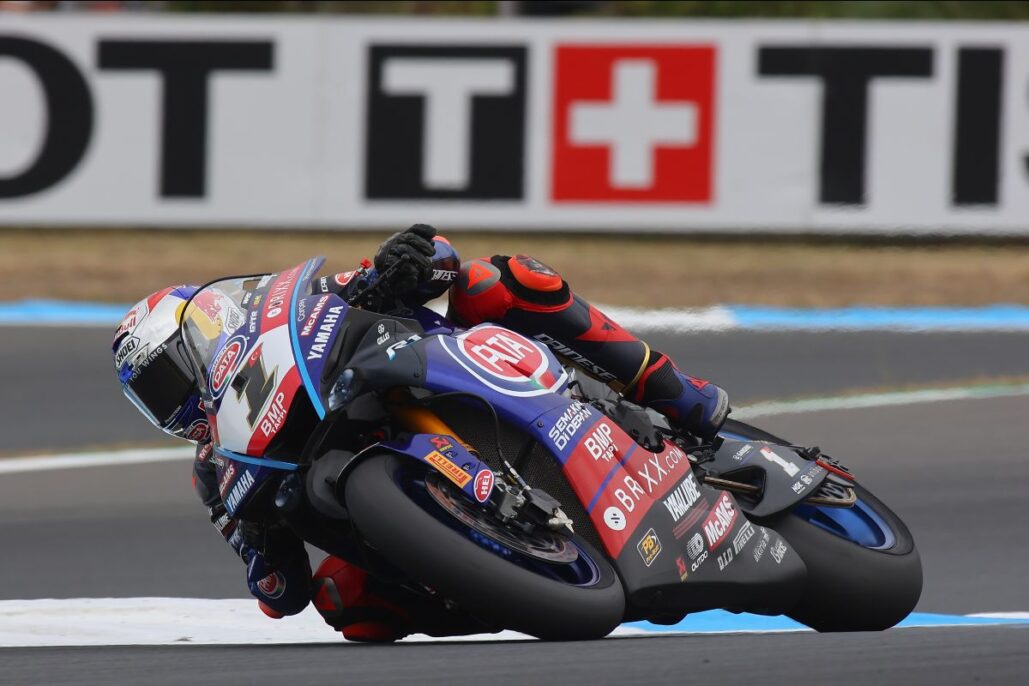 Setting a time of 1’36.463 in FP2, the reigning World Champion lead Bautista and Gerloff

P1 – Toprak Razgatlioglu (Pata Yamaha with Brixx WorldSBK) 1’36.290
After being second in FP1, Razgatlioglu set his fastest time in the afternoon session.
The reigning World Champion was using plenty of “new stuff” on his bike including some brake cooling ducts, due to the demand on braking with Toprak’s style.
“Normally, MotorLand and Assen are not really strong for Yamaha. Jonny is also always strong. This year, I am trying for a good position. Bautista is very fast. We are very strong at this track and I am, again, fighting for the win. We will see because every race I am fighting for a good position. After Assen, for one week I didn’t ride a bike. After I started a really good training and riding in Turkey. Now I am fully ready and ready to race. Races are always different.”

P2 – Alvaro Bautista (Aruba.it Racing – Ducati) 1’36.463
Bautista improved his FP1 time to set his best time in the afternoon session.
He is in second, 0.173s behind Razgatlioglu.
“I think it has been a very positive day for us. In the morning, I just did some laps to have a reference with this bike. We made some small adjustments, typical adjustments when you go from one track to another. In the afternoon, we made some bigger changes on the bike and it was definitely better for me. It was easier to ride and more comfortable. We tried the front tyre, both specifications, and I didn’t find a big difference so it will be difficult to choose one for the race tomorrow. In any case, it has been very positive and I’m happy with the feeling I have riding my bike. Let’s see tomorrow if we can make some small changes to improve my pace and also the lap time.”

P3 – Garrett Gerloff (GYTR GRT Yamaha WorldSBK Team) 1’36.572
Gerloff’s best time came in FP1, whilst he was the only rider not improving in the afternoon session.
He finished 0.109s behind Bautista and only 0.023s ahead of Rea.
“I’m feeling really good. I do really enjoy this track. It has a nice layout, a nice flow to it and it suits the Yamaha R1. All in all, we showed up with the bike kind of set up like last year and I felt good right away. This afternoon, I was working on a long run, I used a new tyre for sure but I just did not put everything together, we could have been closer I guess but I was more focussed to be more consistent in a longer run.”

P5 – Michael Ruben Rinaldi (Aruba.it Racing – Ducati) 1’37.189
Rinaldi improved his lap time in FP2 after having focussed on continuing the work from a private test last week at Mugello.
He ended Friday 0.899s behind the fastest rider.
“It was a strange Friday for us. Last week, we were in Mugello, and we tested some different things. We decided to keep that base in FP1 to connect the data as we’re in a different track. From the FP2, we started to work for the race weekend. We made a big step and I’m quite happy about that because we kept the positive things of Mugello for here. Now we have to focus on tomorrow. We need to keep improving the set up and the electronics, so the normal job of a race weekend.”

P6 – Andrea Locatelli (Pata Yamaha with Brixx WorldSBK) 1’37.201
Locatelli finished sixth on Friday and was only 0.012s behind Rinaldi.
“I’m happy about today. We worked very well from the FP1. It’s important to work tonight to prepare tomorrow but we have lots of data and I have a good feeling, so we are confident for tomorrow. Also, I’ve been working on a long run to understand if the bike is working well for tomorrow.”

Xavi Vierge (Team HRC) was seventh in the combined timings for his best result on a Friday since he joined the category.

Michael van der Mark (BMW Motorrad WorldSBK Team) crashed at Turn 10 in the early stages of Free Practice 1 and has then been declared unfit for the rest of the event after sustaining a fracture of the right femur neck. He had made his season debut in the previous round, at Assen, following a leg fracture he suffered in training.

Philipp Oettl (Team GoEleven) will also miss the remainder of Estoril Round after fracturing his right collar bone in a crash during FP2. 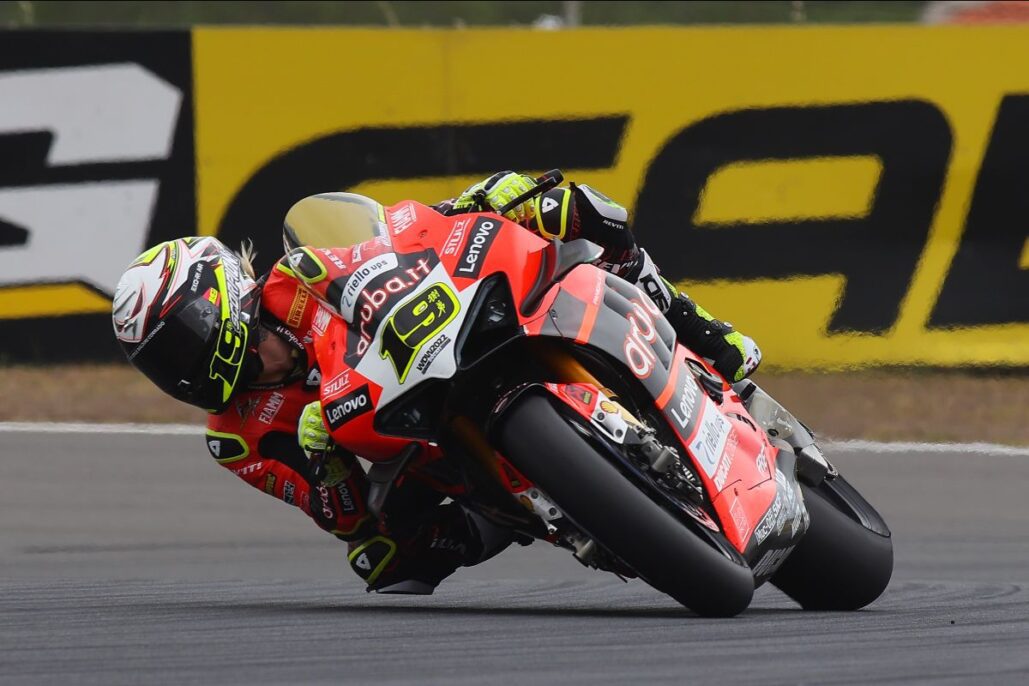