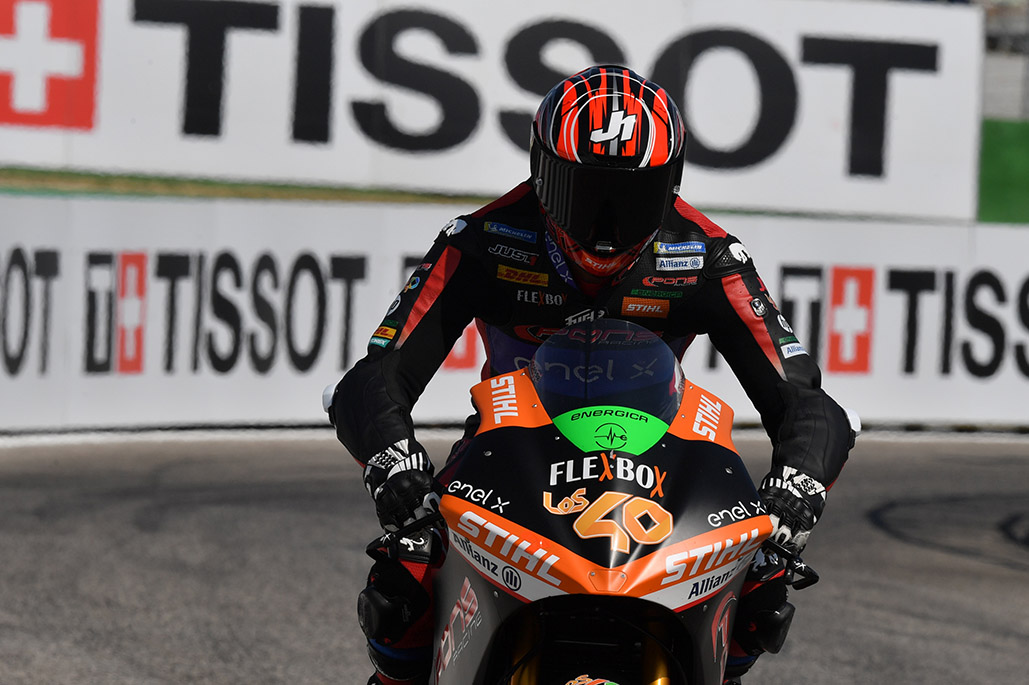 The impressive rookie starts Saturday’s Race 1 from pole position – his first in the Grand Prix paddock.

There were no track limit infractions and no crashes in the session, but there was a splash of drama for Mattia Casadei (Ongetta SIC58 Squadra Corse) as he suffered an issue with his transponder. Given another E-Pole slot later in the session, the Italian got a second chance at it but it led to some last minutes nerves for the men on for a provisional front row start. Casadei’s lap, right at the end, wouldn’t show on timing screens – it would just appear once he crossed the line…

Ultimately though, Torres, Ferrari and Aegerter held on to much relief and a slight drum roll, with Casadei taking P7 and a third row start. In between the top three and the Italian, Row 2 is Eric Granado (Avintia Esponsorama Racing), Xavier Simeon (LCR E-Team) and Lukas Tulovic (Tech 3 E-Racing), the latter off the front row for the first time in 2020. Granado’s lap also merits a postscript, as the Brazilian was visibly cautious after falling foul of track limits in E-Pole last weekend.

Tune in soon as the lights going out for the first FIM Enel MotoE™ World Cup race of the weekend at 16:20 (GMT +2) on Saturday and remember: the Race 1 results now decide the grid for Race 2!