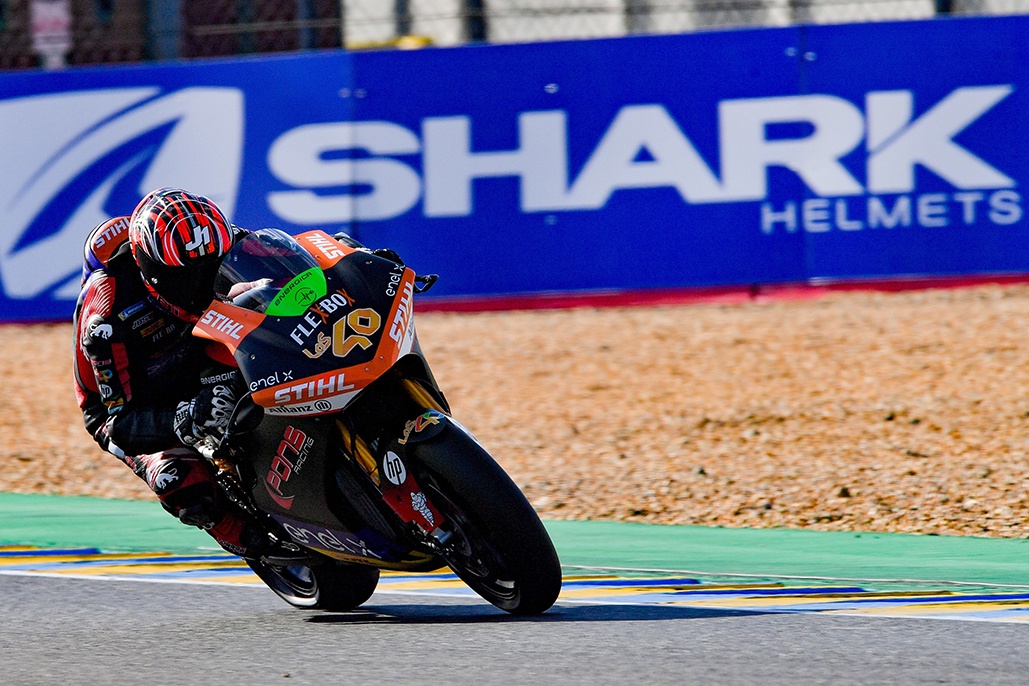 The impressive rookie will be the top Cup challenger on the grid for Race 1 – but only just.

Torres went out in the latter third as the combined Free Practice times set the order for E-Pole, and the Spaniard was sure his 1:43.843 would get beaten by the end. But it wasn’t, so he heads Ferrari and last man out Di Meglio, with Josh Hook (Octo Pramac MotoE) just losing out late on and the Aussie therefore heading Row 2.

Just behind him comes the man second in the standings: Dominique Aegerter (Dynavolt Intact GP). The Swiss rider lines up fifth, the last of the top three in the standings, although it was worse news for fellow Cup challenger and fourth overall Mattia Casadei (Ongetta SIC58 Squadra Corse). A crash on his lap puts him to the back, but rider ok and ready to push.

Alex de Angelis (Octo Pramac MotoE) also crashed in the session and he’ll be sent to the back of the grid for his penultimate race before retirement, although the Sammarinese rider escaped injury and was given the all-clear to continue.

Tune in later on Saturday for Race 1 as Ferrari has his first chance at the Cup – and Torres, Aegerter and Casadei all look to stop him. The lights go out at 16:40 (GMT +2), slightly later than previously planned.