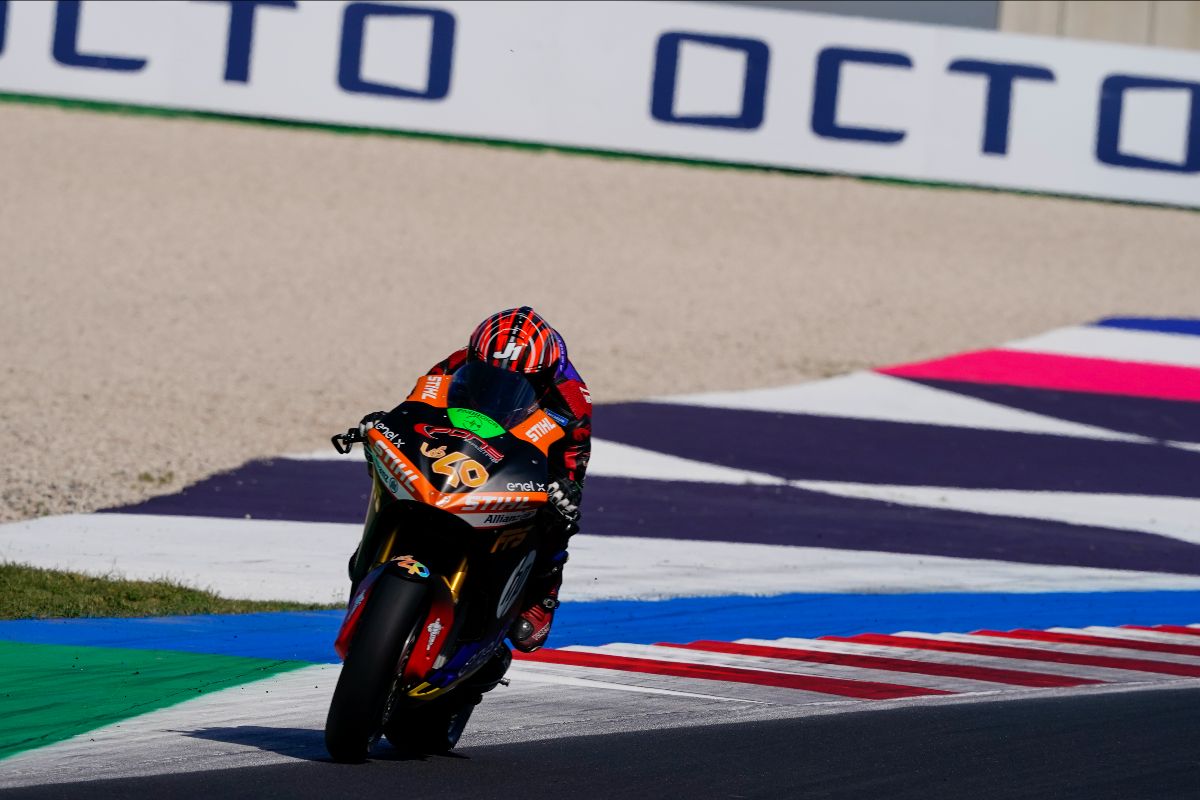 The three keep the advantage at Misano as E-Pole sets the grids for the final showdowns.

A pivotal E-Pole session at the final round of the 2021 FIM Enel MotoE™ World Cup saw the top three in the standings lock out the front row, setting the scene for two stunning races at Misano World Circuit Marco Simoncelli. Jordi Torres (HP Pons 40) came out on top by a couple of tenths, with Eric Granado (ONE Energy Racing) second and points leader Alessandro Zaccone (Octo Pramac MotoE) set to line up third.

In a shortened 15-minute session following earlier delays in the Saturday schedule, the riders were allowed five laps instead of the usual one shot at glory. An out lap, in lap and three flying laps was the maximum, with any rider doing more than those five laps to have their best laptime cancelled.

The pressure was on and some went early – like Dominique Aegerter (Dynavolt Intact GP) – but in the end it came down to a shootout between Torres and Granado, with both last on track having switched tack. Torres set the benchmark and Granado gave it some gas, but this time the Brazilian couldn’t quite find an answer for the Spaniard’s speed. So it’s Torres heading the final grids of the season, Granado second and Zaccone third after having initially held provisional pole.

Aegerter was shuffled down to fifth in the end, with the returning Mattia Casadei (Ongetta SIC58 Squadra Corse) pipping the Swiss rider to fourth. Matteo Ferrari (Indonesian E-Racing Gresini MotoE) completes Row 2. For the whole grid, click below.