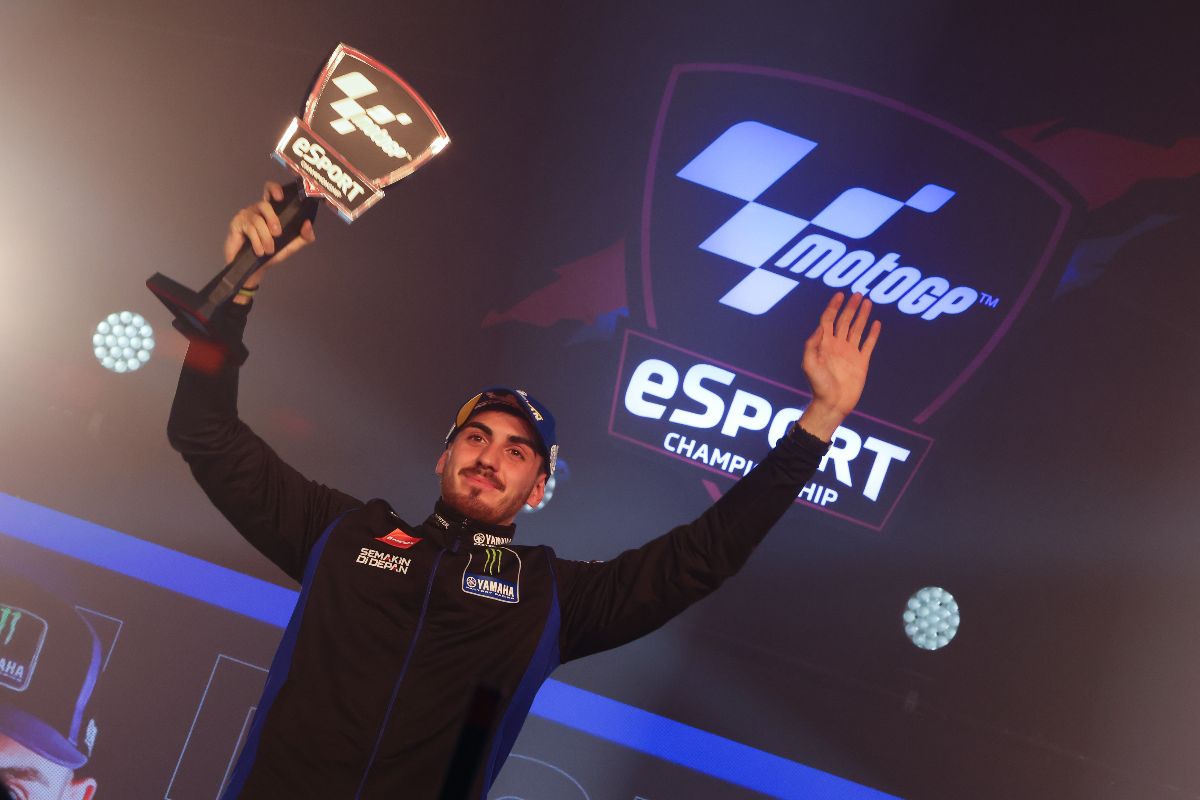 The MotoGP™ eSport Championship was back with a bang at the #ValenciaGP and a nail-biting finale saw Italian superstar Trast73 claim overall victory in the 2021 Global Series with two flawless rides.

The Ricardo Tormo Circuit in Valencia, Spain played host to a star-studded final round – the first on-site event for the MotoGP™ eSport Championship since 2019 – with two GP riders making appearances. The promise of a range of glitzy prizes and two drama-packed racing had the full attendance on the edge of their seats from start to finish!

And Trast73, the winner of the 2017 and 2018 MotoGP™ eSport Championships, walked away with the main prize of the night – a brand new BMW X4 M40i – after some incredible success, an achievement which compliments Yamaha’s MotoGP™ crown won with Fabio Quartararo.

The first, held on the Circuit of the Americas in Austin Texas, had an incredible start. Pole sitter Trast73 took an early lead, but a turn one crash for Pramac Ducati’s RiccardoBottaro64 took down title contenders Adriaan_26 and AndrewZh, relegating them to tenth and eleventh respectively. Out front, Trast73 produced a ride of perfection, coming home 2.6s ahead of PieroRicciuti55, with Adriaan_26 fighting back for a superb third place after clinching the final podium spot from Jack Hammer4658 on the final lap.

That result meant Trast73 had a handy 11-point lead going into the final race. But before the second race started, Tissot Ambassador Thomas Lüthi was on hand to present the prize for the best qualifier during the Global Series, a Tissot T-Race MotoGP™ Chronograph watch, to AndrewZh. What’s more, Jack Miller then joined the two Jacks to commentate on the season finale!

And AndrewZh made fantastic use of his pole position to speed into an early lead, ahead of PieroRicciuti55 and Trast73. The order stayed that way until the chequered flag, with RiccardoBottaro64 frustrating Williams_Cristian and Adriaan_26’s attempts to get toward the leaders. That was enough for Trast73 to clinch the crown from PieroRicciuti55 by 15 points!

2021 was another vintage year for the MotoGP™ eSport Championship with a championship fight that went all the way to the wire. The series will return bigger and better next year, so join us again for more in 2022 – and congratulations to Trast73!