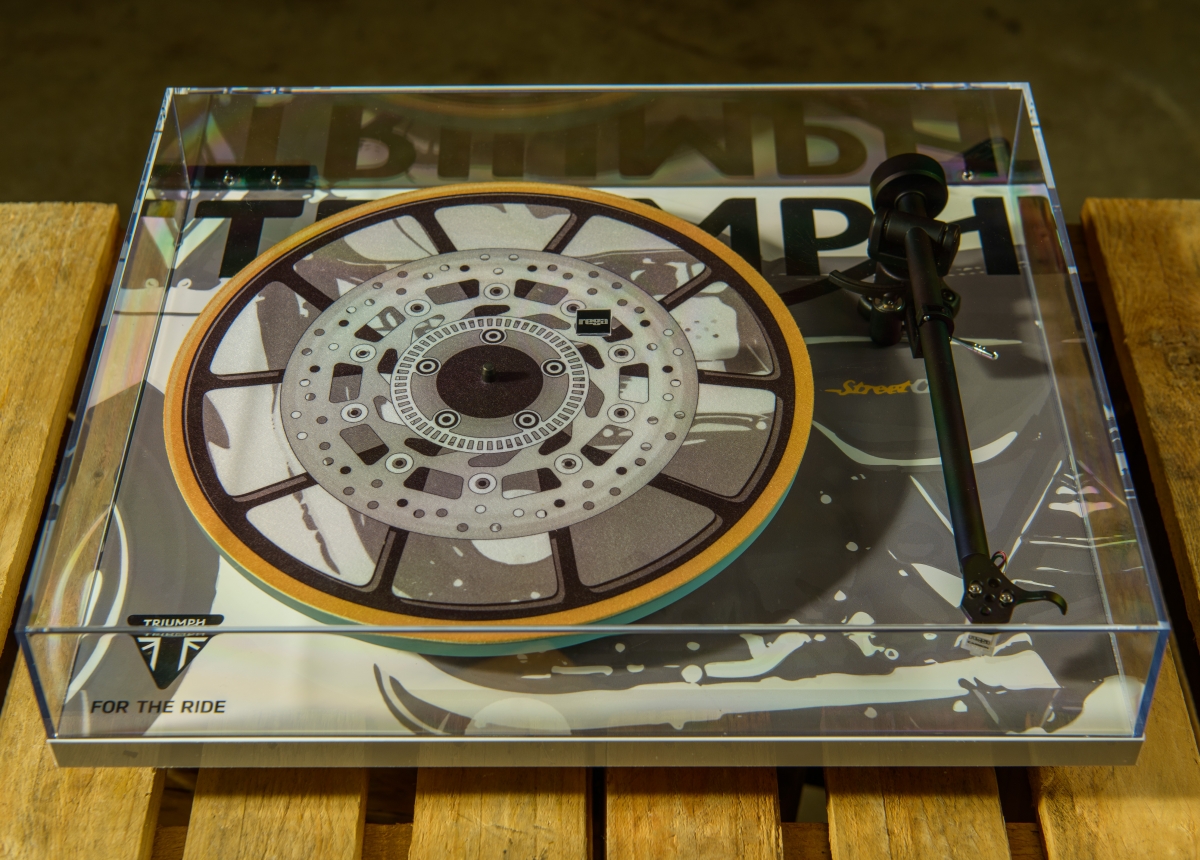 Triumph-motorcycles-industry-news/">Triumph Motorcycles will give away a bespoke record player, created in partnership with legendary British turntable maker Rega, as part of a new test ride promotion.

Inspired by the café racer leanings of Triumph’s Street Cup model, the turntable was unveiled on Tuesday night alongside an exclusive vinyl album at a closed-door gig attended by 200 specially invited guests.

The record deck and vinyl album, pressed by music partner Flying Vinyl, were created to celebrate the iconic heritage of Triumph’s Street family of bikes.

Now one of the decks will be handed to one lucky rider who books a test ride on one of Triumph’s modern classics during the month of September.

At Tuesday’s event, held at The Bike Shed in Shoreditch, the iconic British motorcycle brand displayed some of its Street family of bikes, including the Street Twin, Bonneville T100 and Street Scrambler.

But it was the Street Cup, with its roots firmly in the café racer culture of the ‘60s that typically came with a rock ‘n’ roll soundtrack, that took centre stage.

Among the guests at the gig were fans invited by Triumph’s partners, as well as the brand’s own social channels, plus motorcycle and music press.

Entertaining the crowd were three of the rising British rock bands that featured on the vinyl album – Bloody Knees, the Bay Rays and The Jar Family. In total, 10 up-and-coming young bands feature on the vinyl, of which only 500 numbered copies were pressed.

“So it has been great to celebrate that heritage and support some exciting new British bands in the process.

“Hopefully we have been able to not only give some home-grown talent some much-deserved visibility but inspired people to get on one of our stylish modern classics at the same time.”

For more information about Triumph’s modern classic bikes or to book a test ride, visit here.