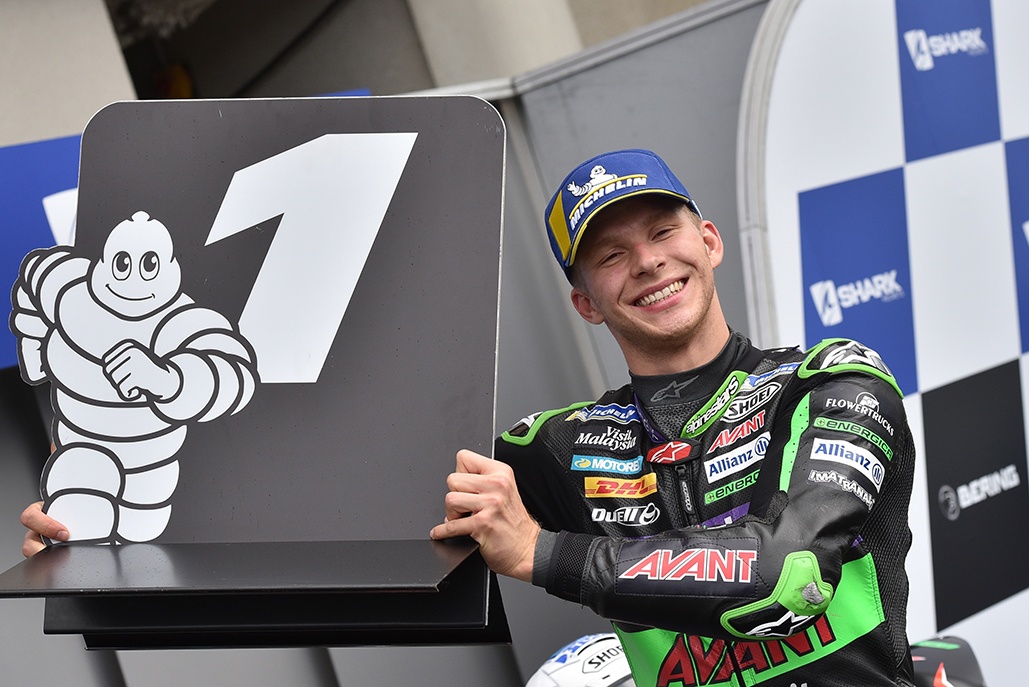 In a stunning final FIM Enel MotoE™ World Cup race of the season in France, it was Niki Tuuli (Avant Ajo MotoE) who took back to the top step as the Finnish rider pitched it to perfection to defend from home hero Mike Di Meglio (EG 0,0 Marc VDS). The Frenchman took second, only hundredths off, with Josh Hok (Octo Pramac MotoE) taking third and a first podium after an impressive weekend for the Australian. And, of course, the other headline: Jordi Torres (Pons Racing 40) is the 2020 Cup winner, the Spaniard taking a solid sixth place to defend his points lead and take the crown.

Tuuli took the holeshot from the front row, the Finnish rider off like a shot – but drama hit once again early on as Eric Granado (Avintia Esponsorama Racing) crashed and almost took down Torres – but the Spaniard escaped the impact to stay in the race. With that shuffle, Di Meglio had moved into second, with Hook up into third place early on.

Maria Herrera (Openbank Aspar Team) was holding fourth as she navigated the dramas well, with Cup contender Dominique Aegerter (Dynavolt Intact GP) just behind her – and Torres and Matteo Ferrari (Trentino Gresini MotoE) behind him.

Di Meglio then struck for the lead, Aegerter moved up past Herrera, but Tuuli took the focus back as he re-took the lead. Torres then gained another place past Herrera too, but the Tuuli-Di Meglio-Hook train was pulling well clear in the podium fight…

Hook attacked for second not long after, but Tuuli – confidence in overtaking rediscovered – hustled back past the Aussie, and Aegerter was homing in on the podium too. Next time around onto the penultimate lap though, the race would ultimately be decided, with Tuuli slicing through to the lead at Turn 1.

Would he keep Di Meglio at bay? The Frenchman was his shadow on the final lap, but there was no way through and the Finn got back on the top step for the first time since he made history to win the first MotoE™ race. Di Meglio took another second and home turf podium, with Hook’s impressive weekend rounded out with a rostrum finish in third. At a venue the two have reigned in the 24h race!

Aegerter’s fourth wasn’t enough but it was an impressive ride up from his grid position, with Ferrari in fifth as he got past Torres late on to retain second overall in the standings, denying the Swiss rider by virtue of win count alone. And then came Torres, winning the Cup with a solid P6 – and celebrating in style with a burnout.

Alex de Angelis (Octo Pramac MotoE) completed his career as a rider with a race through the pain barrier to P14 – but ended the year with points as he now changes direction.

That’s it from the 2020 FIM Enel MotoE™ World Cup. Stay up to date to see what the future brings, and congratulations to all those who won and competed this year – including, of course, Cup winner Torres!