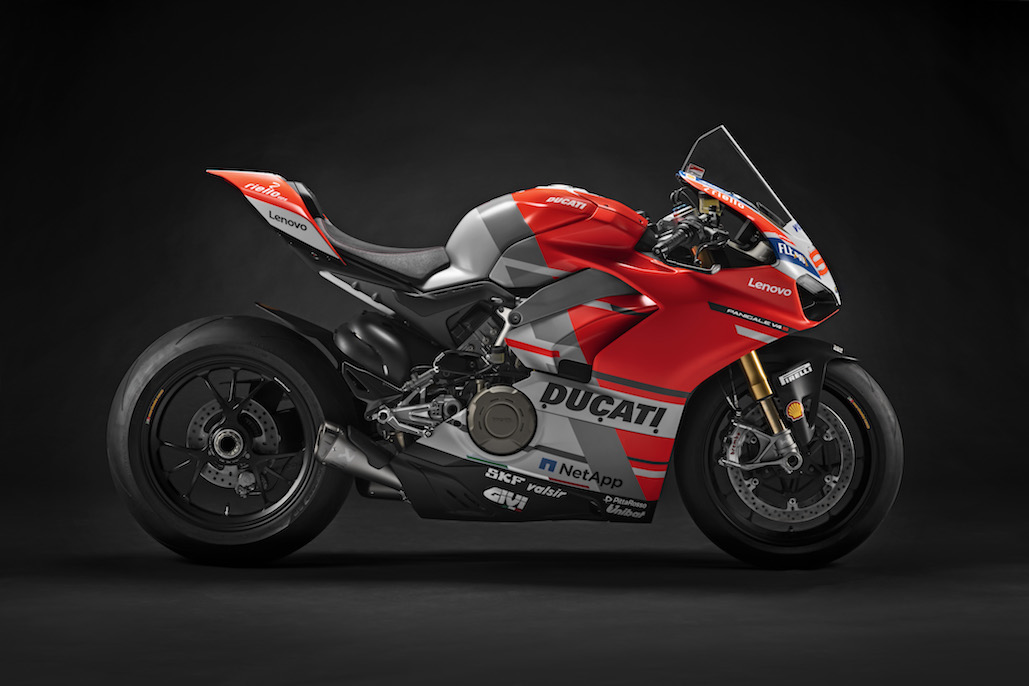 The countdown to WDW 2018 is nearly over. The peaceful invasion of ducatisti – set to energise the Adriatic Riviera and the “Marco Simoncelli” Misano World Circuit from 20 to 22 July – is imminent!

The highlight of the 3-day WDW will be the “Race of Champions”. Dovizioso, Lorenzo, Petrucci, Miller, Davies, Melandri, Rinaldi, Pirro, Abraham, Rabatand Fores – not to mention a champion who has made Ducati history, Troy Bayliss – will be the combatants in a thrilling clash on limited-edition Panigale V4 S bikes.

The twelve riders will throw down the gauntlet at 13.00 on Saturday 21 July. The race will be broadcast live on the SKY Sport Italia satellite channel dedicated to MotoGP.

The twelve competing bikes – all one-offs – can be purchased via a public auction on eBay. For the fans, that’s a dream come true: the auction will open at  18.00 on Saturday 21 July and close on 18.00 on Saturday 27 July. To accompany this special sale, eBay is setting up a Ducati Store with a “Race of Champions” theme.

Each bike features livery and graphics dedicated to an individual rider, with colour schemes drawing their inspiration from the bikes used in MotoGPor SBK races. A plaque on the steering yoke will show the rider’s name and race number. His autograph will be written in indelible ink on the tank before the race gets under way. A certificate of authenticity, signed directly by Claudio Domenicali, CEO of Ducati Motor Holding, will give the purchase added value. Moreover, the bikes feature a series of special components used during the “Race of Champions” and a complete set of original parts, exhausts included, required for legal road use.

Places at WDW2018 are still available. There are several Pass purchase options: just check out the information on the dedicated website. You can receive regular updates both before and during the event via the new Official WDW App of World Ducati Week 2018. Download it free from Apple Store and Play Store.

eBay Inc.  (NASDAQ:EBAY) is a global commerce leader including the Marketplace, StubHub and Classifieds platforms. Collectively, we connect millions of buyers and sellers around the world, empowering people and creating opportunity through Connected Commerce. Founded in 1995 in San Jose, Calif., eBay is one of the world’s largest and most vibrant marketplaces for discovering great value and unique selection. In 2017, eBay enabled $88 billion of gross merchandise volume. For more information about the company and its global portfolio of online brands, visit www.ebayinc.com

Ducati Motor Holding S.p.A. – A Sole Shareholder Company – A Company subject to the Management and Coordination activities of AUDI AG
Founded in 1926, since 1946 Ducati has been manufacturing sport-inspired motorcycles characterised by high-performance Desmodromic engines, innovative design and cutting-edge technology. With its factory located in Bologna’s Borgo Panigale district, in 2016 Ducati celebrated 90 years since it was founded. The model range covers several market segments with the following families: Diavel, Hypermotard, Monster, Multistrada, SuperSport and Panigale. In 2015 Ducati presented the Ducati Scrambler: a new brand made of bikes, accessories and apparel that provide the last word in creativity and self-expression. These authentic icons representing what the world knows as “Made in Italy”, together with an extensive range of associated accessories and technical and lifestyle apparel, are distributed in 90 countries globally. In 2017 Ducati delivered 55,871 bikes to customers, continuing the growth trend of the last eight years. Ducati competes in both the World Superbike and MotoGP World Championships. In Superbike, Ducati has won 17 Manufacturers’ titles and 14 Riders’ titles. Ducati has been competing in MotoGP since 2003, winning both the Manufacturers’ and Riders’ titles in 2007.