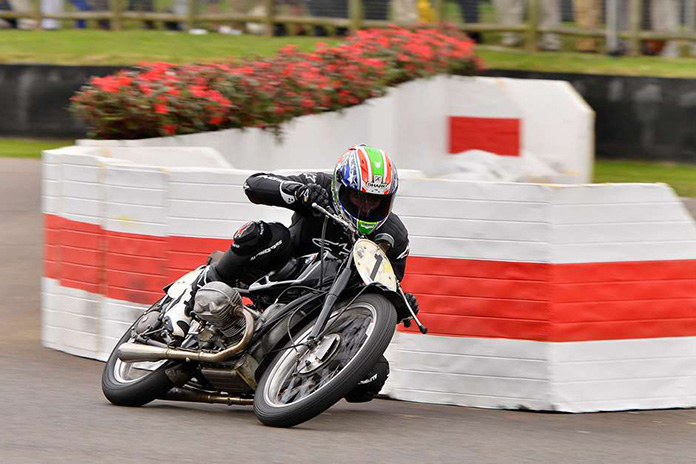 Two-time World Superbike champion Troy Corser is the latest star name to be added to the entry list for Revival.

The 42-year-old Australian, who won the 1996 and 2005 WSBK titles and achieved 33 victories and 130 podium finishes, will ride an ultra-rare BMW R5SS from 1937 with Sebastian Gutsch in the Barry Sheene Memorial Trophy for motorcycles raced up to 1954. (Troy raced the same bike at Goodwood in 2012, and is pictured below with BMW Motorrad’s Hermann Bohrer.)

Revival regular Mick Grant; the only man to win a premier class motorcycle grand prix on a Kawasaki – and a multiple Isle of Man TT winner – rides with Keith Bush on a BSA Gold Star, while another GP winner, Jeremy McWilliams, partners Duncan Fitchett on a Manx Norton and Charlie Williams – whose three GP wins all came on the Isle of Man – shares Peter Crewe’s Vincent Rapide.

Steve Plater, British Supersport champion in 2009, will race a 1953 Manx Norton prepared by Barry Sheene’s former engineer Fred Walmsley, and will share it with Glen English. Two-time series champion Glen Richards, meanwhile, has secured a ride on a similar machine and will share it with British Superbike race winner Scott Smart – Sheene’s nephew.