After the highly competitive qualifying sessions, the following riders took the poles ? the first of the season for all three: Carlos Tatay (Fundación Andreas Pérez 77) in FIM Moto3™ Junior World Championship, Héctor Garzó (CNS Motorsport) in Moto™ European Championship and Diogo Moreira (Talent Team Estrella Galicia 0.0) in the European Talent Cup. The riders will head the starting grids of their respective categories in the sixth round of the FIM CEV Repsol this weekend at the Circuito de Jerez-Ángel Nieto.

In FIM Moto3™ JWCh, Carlos Tatay – taking his first pole in the FIM Moto3™ JWCh – was riding high after being proclaimed champion of the Red Bull MotoGP™ Rookies Cup and participating as a guest rider in the last Gran Premio Michelin® de Aragon where he finished 12th. The Fundación Andreas Pérez 77 rider, who this week announced his two-year renewal with his team in readiness for the move to the Moto3™ World Championship, stopped the clock in 1:46.493, beating Vicente Pérez, who returns to the FIM Moto3 ™ JWCh with the Cuna de Campeones team, by just 0.021. Mario Suryo Aji (Astra Honda Racing Team) closes out the front row of the grid after posting the third best time in Q1, just 0.79 adrift of the poleman.

Jeremy Alcoba (Laglisse Academy) will defend his leadership of the category starting from the second row ahead of teammate Adrián Fernández and Barry Baltus (Sama Qatar Ángel Nieto Team) while Xavier Artigas (Leopard Impala Junior Team), winner of the last race at MotorLand Aragón, will set off seventh in an event where Yuki Kunii (Asia Talent Team) is missing due to injury.

In the last round at MotorLand Aragón, Héctor Garzó managed to break Edgar Pons? (Baiko Racing Team) streak of three consecutive victories in Moto2™ ECh, taking his first win of the season. This Saturday the CNS Motorsport rider did the same but with the pole: up to that point Edgar Pons had headed the grid of all the races this season but in Jerez Héctor Garzó put an end to the Baiko Racing Team rider?s dominance of the event by earning pole ? his first of the year.

Héctor Garzó led the two qualifying sessions with virtually identical times – 1:42.830 of Q1 being marginally the fastest, followed by Yari Montella (Team Ciatti-Speed Up) 0.055 behind while Edgar Pons finished third just 0.080 adrift of Garzó. In Superstock 600, Peetu Paavilainen (Redding-Pinamoto RS) was the fastest.

In the ETC, Diogo Moreira earned his first pole of the season after beating Izan Guevara (Cuna de Campeones) by a whisker, setting a time of 1:49.573 against the 0.004 slower time of 1:49.577 posted by Guevara, current leader of the category and poleman in the last three rounds of the FIM CEV Repsol. Daijiro Sako (Cuna de Campeones) will close the front row of the starting grid thanks to a best time of 1:49.695, which put him at the front of Group A in Q1. However, with 58 points advantage over his nearest rival Fermín Aldeguer (Bester Capital Dubai), Izan Guevara (Cuna de Campeones) will have his first opportunity to take the title of champion – and Guevara arrives at the Circuito de Jerez-Ángel Nieto after winning the last five races in this very tight category.

The schedule for next Sunday?s races is as follows:

As usual, the entrance to the paddock will be free over the weekend. In addition, FIM CEV Repsol fans who go to the main paddock access of the Circuito de Jerez-Ángel Nieto on Sunday morning from 9.00 onwards can get a pass to take part in the Pit Lane Walk. Only firstcomers will get a pass for the Pit Lane Walk with a maximum of two passes per person. The Pit Lane Walk will take place at 10.15 am and will start from the control tower.

Television networks and new media platforms in Europe and many countries are showing more and more interest in live broadcasts or on demand videos of FIM CEV Repsol events. In Spain, DAZN will include the FIM Moto3™ JWCh, Moto2™ ECh and ETC in its programming, showing each of the scheduled races – as will BT Sports in both in the United Kingdom and Ireland, with live broadcasts of all races in each category. Also new is that Canal Plus in France will broadcast all the races live on Canal+ Sport. In Italy, Sky will broadcast live the FIM Moto3™ JWCh and Moto2™ ECh races.

In Belgium, GP Inside will offer live broadcasts of all the Championship races. Through Eurosportplayer (Holland and Romania) Eurosport will also offer live coverage of the FIM Moto3™ JWCh and Moto2™ ECh and ETC. In Portugal, Sport TV consolidates its commitment to motorcycling with live or recorded broadcasts of all the races scheduled throughout the season. Hungarian fans will be able to follow the young hopefuls of the European Talent Cup thanks to the recorded broadcast of ETC races by the Spiler TV channel.

In addition, in those countries without television coverage, all races will be broadcast live on the championship’s YouTube channel. 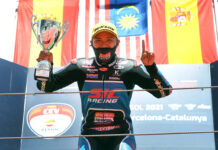 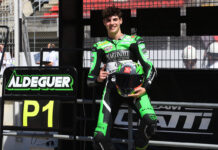 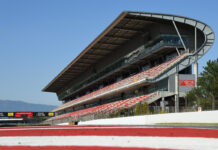 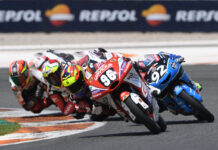 Epic Round 2 at Valencia gives new stars in all classes 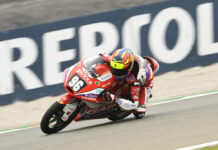 Round 2 ignites with stunning Valencian qualifying 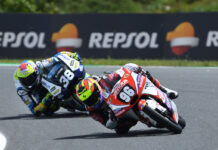 Valencia to host scintillating action as round two beckons