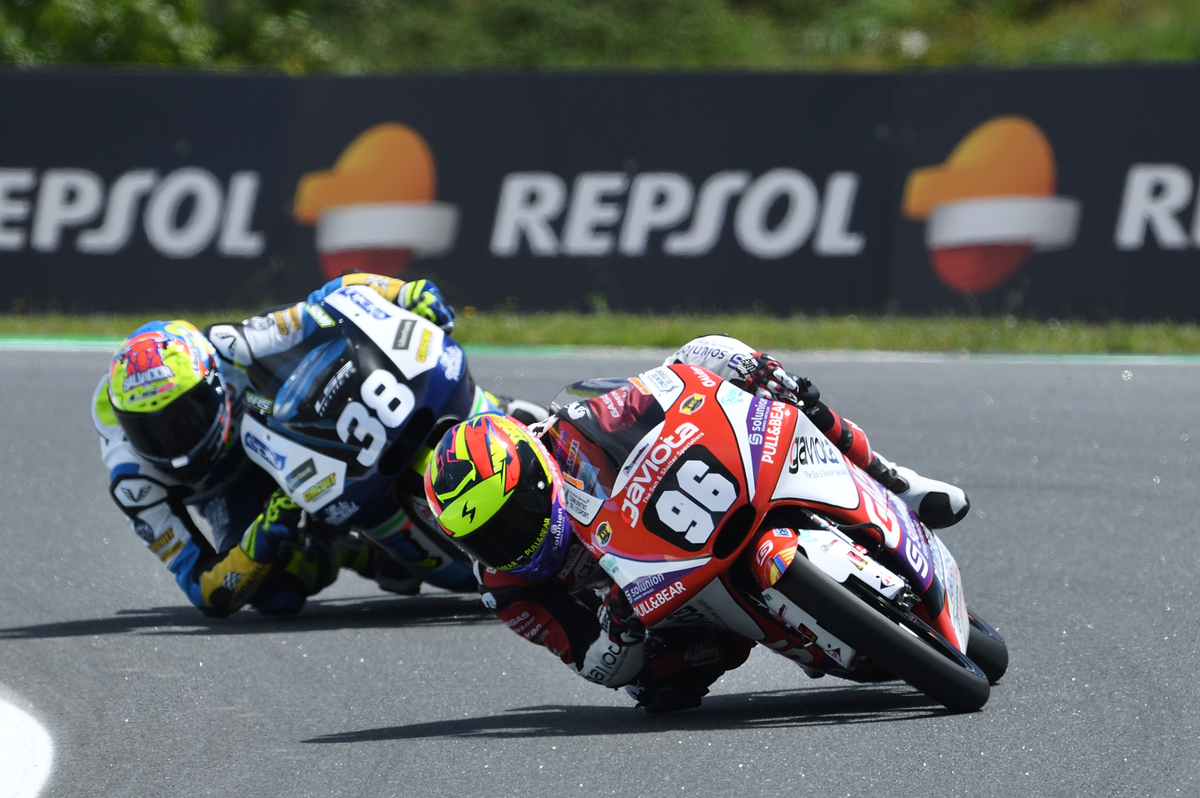 Valencia to host scintillating action as round two beckons

After an extraordinary curtain-raising event for the FIM CEV Repsol paddock at the Circuito Estoril, attention now turns to the second round on the calendar, coming from the Circuit Ricardo Tormo in Cheste, Valencia. A venue steeped in history, the FIM Moto3™ Junior World Championship will enjoy two races, with the Moto2™ European Championship and Hawkers European Talent Cup also doing battle throughout the weekend, the latter of which also enjoy two outings.

Following the graduation of the top three in the FIM Moto3™ JWCh to the Moto3™ Grand Prix World Championship for 2021, it was Daniel Holgado (Aspar Junior Team) who took his GAS GAS to the top step at Estoril. Holgado became the 20th different Spanish winner in the FIM Moto3™ JWCh since 2012, but he will have tough competition this weekend. David Salvador (TM Factory Racing Team) was second in the opening race of the year and will be eager to go one better this weekend and give TM a historic first victory in the class, whilst rookie David Alonso (Aspar Junior Team) was third on his debut. Colombian Alonso returns to the circuit at which he wrapped up the HETC title in 2020 and promises more fond memories this weekend.

Elsewhere on the grid – which features 32 riders from 13 countries – will be Indonesia’s Mario Aji (Astra Honda Racing Team), who took a career-best fourth place at Estoril’s season-opener. David Muñoz (Avatel – Cardoso Racing Team) enjoyed a solid start to his campaign with fifth overall in Race 1 of the year, whilst Japan’s Takuma Matsuyama (Asia Talent Team) was a solid sixth and will aim to pursue a career-first podium at Valencia, the circuit at which he enjoyed his best qualifying at in 2020. Other riders in the mix include Jose Julian Garcia (SIC58 Squadra Corse), who, before the opening round, was the only previous winner on the grid. Rookie Ivan Ortola (Aspar Junior Team) took pole at the first round of the year and aims to build on that in the second event and convert it into race pace.

Moving on to the Moto2™ ECh, and it is the battle of the Boscoscuros as Moto2™ rookie sensation Fermin Aldeguer (Boscoscuro Talent Team – Ciatti) stormed to a double victory at Estoril, following a titanic scrap between himself and fellow rookie teammate Alonso Lopez. The Spaniards fought hard in the opening round and it could be a repeat performance in Valencia, with both having fond memories – Aldeguer took the STK600 title there last year, whilst Lopez was on the podium in 2017 in the FIM Moto3™ JWCh. Third in the standings is Malaysia’s Adam Norrodin (Liqui Moly Intact SIC Racing Team), who took a first podium at Estoril, whilst Thailand’s Keminth Kubo (VR46 Master Camp Team) is fourth. First pole-sitter of 2021, Lukas Tulovic (Liqui Moly Intact SIC Racing Team), aims for his first ever back-to-back podiums in the Moto2™ ECh, and is currently seventh in the standings.

For the Hawkers European Talent Cup, there’s been two first-time winners already in 2021; Jacob Roulstone (Leopard Impala Junior Team) took Race 1 at Estoril, whilst David Garcia (Finetwork Hawkers Junior Team) clinched Race 2. However, neither lead the title as that honour goes to Adrian Cruces (Cuna de Campeones), as a consistent start at Estoril – second in Race 1 and fifth in Race 2 – gives him the Championship lead. Garcia and Roulstone are second and third respectively, whilst Hugo Millan (Cuna de Campeones) and Maximo Martinez (Team Honda Laglisse) complete the top five. Joel Ruiz (IGAX Team) was another podium finisher at Estoril, as was one of the preseason favourites Alberto Ferrandez (MT-Foundation 77); both aim to challenge for victory at round two.

For the first time in 2021, the FIM Moto3™ Junior World Championship will enjoy two races in Valencia, as will the HETC grid. For the Moto2™ ECh, they’ll get one race to battle it out. Don’t miss any of the action on Sunday the 9th of May as the FIM CEV Repsol fires into action once more! 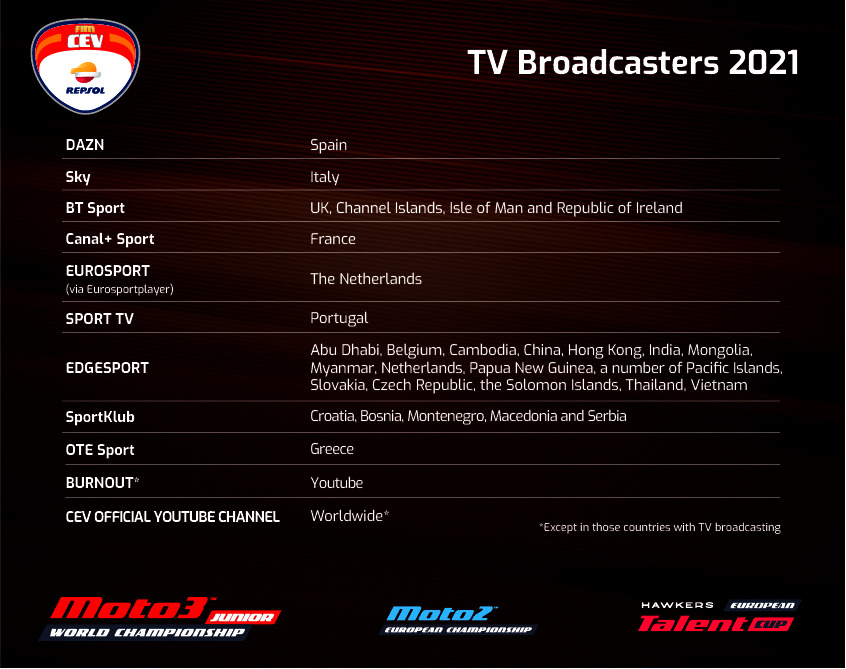