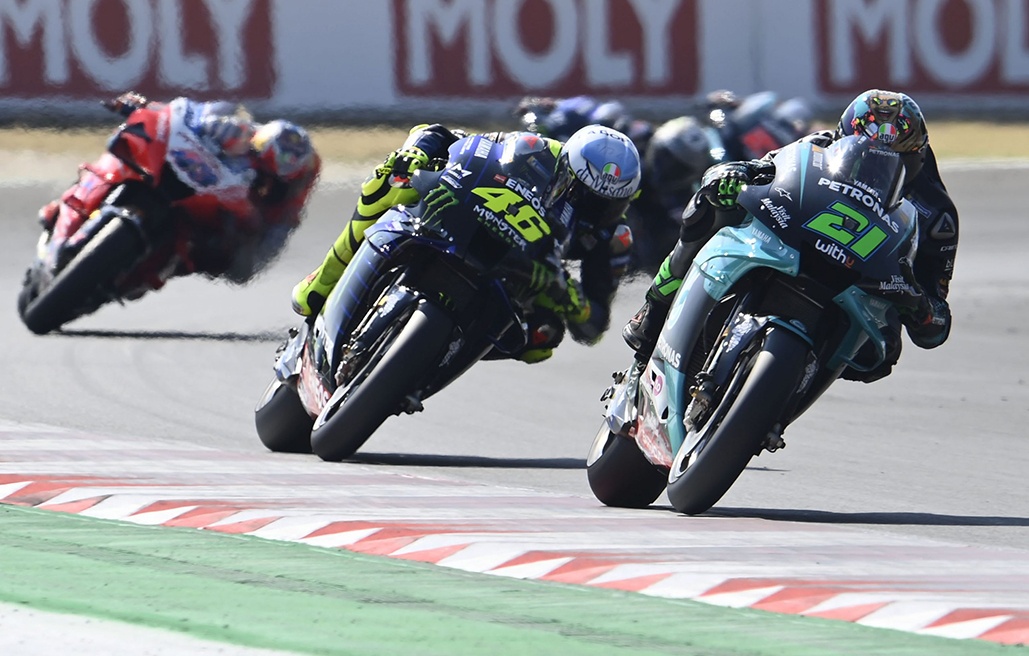 9-times World Champion confirmed to continue in MotoGP with the Malaysian squad together with Franco Morbidelli.

PETRONAS Yamaha Sepang Racing Team is proud to announce that Valentino Rossi will join the squad for the 2021 MotoGP season. Valentino Rossi needs no introduction, considered by many as the Greatest Of All Time through a record-breaking career in the premier class of the sport since 2000.

Rossi – Urbino, 16th February 1979 – has competed in the premier class since 2000 and is the only rider in history to win 125, 250, 500 and MotoGP World Championships. In the premier class alone, Valentino boasts seven world titles, 89 race wins, 199 podiums, 55 pole positions and 76 fastest laps. As part of PETRONAS Yamaha SRT in 2021, the Italian will compete aboard a Yamaha YZR-M1 for the ninth season in a row.

The move will see Rossi join the satellite team in what will be only their third season in the MotoGP category, after the Malaysian squad made their debut at the Qatar GP in 2019. That first season in the premier class saw PETRONAS Yamaha SRT rack up six pole positions and seven podiums, and win the Independent Teams’ Championship. This year has already seen two pole positions, four podiums and three race wins, and the lead of the outright Teams’ Championship, for the outfit.

The announcement of Rossi alongside fellow countryman and friend Franco Morbidelli completes the PETRONAS Yamaha SRT line-up for 2021 – a line-up eager to write another chapter of MotoGP history next year.

Razlan Razali
Team Principal
On behalf of PETRONAS Yamaha Sepang Racing Team and all its partners, it is an absolute honour to welcome Valentino Rossi – an iconic rider and legend into the team next year. His experience will be a great asset to the team as we move into our third season in MotoGP and we are sure we will be able to learn a lot from Valentino. At the same time, we will do our absolute best to assist him to be competitive to reward him for the trust he has in us as a team. We are humbled by this opportunity and ready to take on the challenge. We believe that the combination of Valentino and Franco will provide a truly formidable force on track to help us in our goal of being as competitive as possible together next year. We can’t wait!

Johan Stigefelt
Team Director
To be able to sign a rider like Valentino Rossi, for what will be only our third year in the MotoGP championship, is amazing. We have evolved from a Moto3 team to a Moto2 team to a MotoGP team in a short time frame and now to be leading the MotoGP teams’ championship and signing one of the greatest riders the sport has ever known is incredible. It has been a long time since Valentino was in a satellite team and we will try our best to help him feel like new again. We want to make sure that he feels comfortable in our team, which we trust in and believe in so much. Our target is to get even better as a team, help Rossi deliver the best results possible and make 2021 a memorable year.