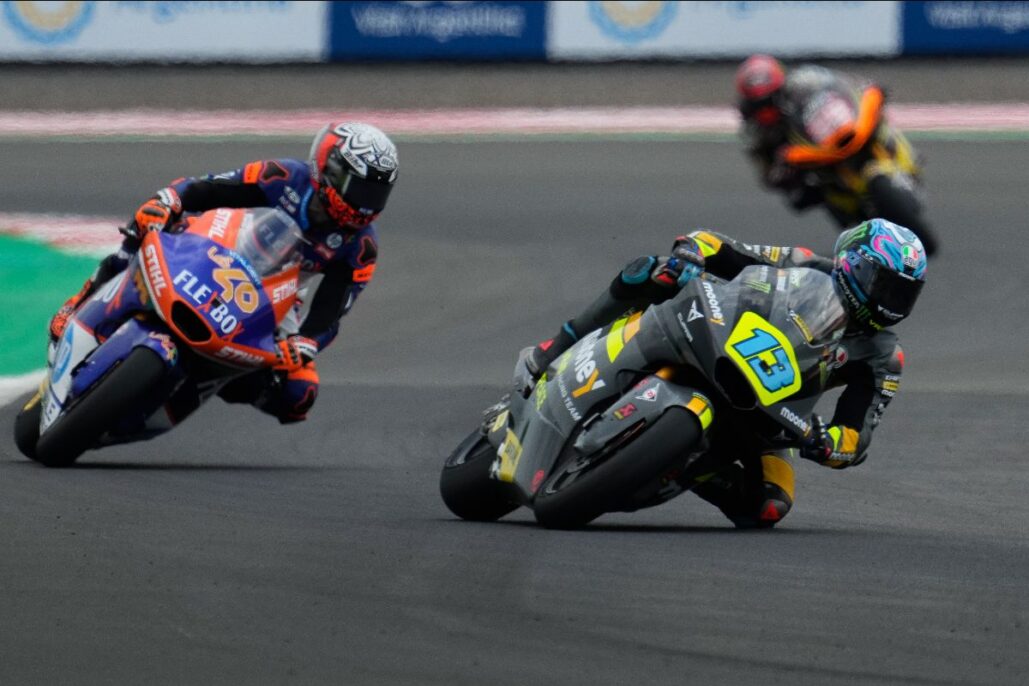 They’ve both already won this year, and now it’s time for Moto2™ to take on the fabled Mugello.

After another different winner in Le Mans as Augusto Fernandez (Red Bull KTM Ajo) got back on the top step for the first time since 2019, the Moto2™ grid return to Tuscany for another stunning showdown. Celestino Vietti (Mooney VR46 Racing Team) remains ahead in the standings despite being forced into some damage limitation at Le Mans, and it’ll be a big weekend for the number 13 with home turf pressure. The same is true in some ways of Tony Arbolino (Elf Marc VDS Racing Team), although the COTA winner has a little less to lose as it stands. So who’ll be in their way at Mugello?

Fernandez will likely have an extra boost of confidence after that long wait for another victory, and so too will teammate Pedro Acosta despite crashing out. Crashing out from the lead after taking a lap record pole is a different beast to crashing from the middle of the points, and the rookie will be one to watch. He can still also equal Marc Marquez’ record as youngest intermediate class winner…

Somkiat Chantra (Idemitsu Honda Team Asia) was back on song in France too, and teammate Ai Ogura remains quick. Sam Lowes (Elf Marc VDS Racing Team) will want to bounce back after ruling himself out in France, and Jake Dixon (Solunion GASGAS Aspar Team) crashed after being quick once again. Cameron Beaubier (American Racing), meanwhile, is in a rich vein of form – and he’ll want to take that maiden podium.

And then there’s Aron Canet (Flexbox HP 40). The Moto2™ man of steel followed up his Jerez podium with another, on the best streak of results he’s had in the intermediate class and despite that injury. He says riding with zero pressure – as taking podiums should be a superhuman endeavour anyway, given his injury – has changed his mindset, and so far the proof of the thinking is very much in the racing. The bow tie remains, however, and he says Mugello is a tougher track for him. Can he make at least a little more magic in Italy?

Vietti is under pressure, Arbolino joins him as the two fastest home heroes as we stand, and the Autodromo Internazionale del Mugello awaits a fast field of rivals looking to ruin their party. Will they? They’ll also have wildcard Mattia Pasini in at GASGAS – a man whose record at Mugello needs no introduction – to contend with, so the field is primed for a stunner. Tune in when the lights go out for Moto2 at 12:20, so make sure to tune in!