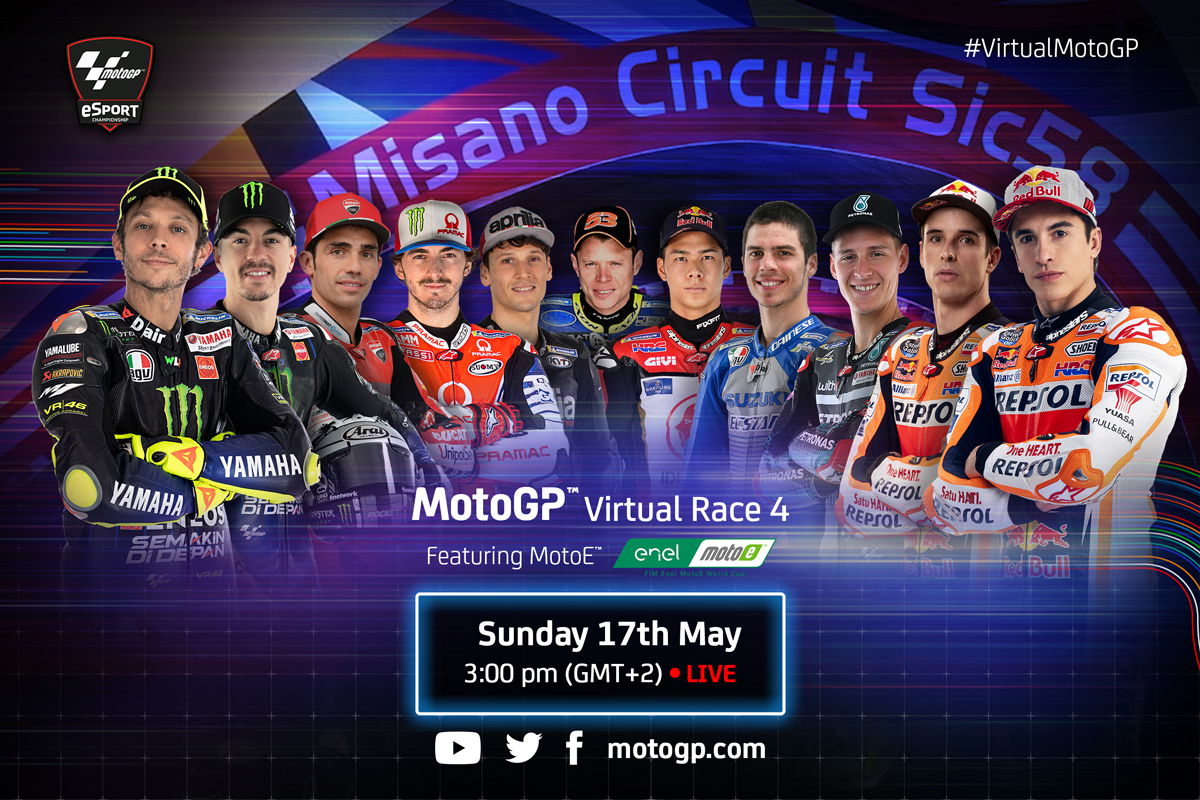 From the Red Bull Virtual Spanish GP at Jerez, this time we head for Misano – with the MotoGP™ class joined by the FIM Enel MotoE™ World Cup.