The Red Bull Virtual Grand Prix of Spain sees Two Wheels and Dorna Sports team up to raise funds for the fight against Covid-19.

The Red Bull Virtual Grand Prix of Spain takes place this Sunday at 3pm (GMT +2), with the MotoGP™, Moto2™ and Moto3™ classes all suiting up to do digital battle in a world first event. The star-studded line-up will be taking on the challenge on the new official MotoGP™20 Videogame from videogame developer, publisher and longstanding partner Milestone; racing around the legendary Circuito de Jerez-Angel Nieto in Andalucia.

This time there’s more than glory at stake, however, as the event is in aid of MotoGP™’s official charity Two Wheels for Life to support their fight against Covid-19. The campaign is open for donations now and Dorna Sports begins the fundraising drive with a donation of €20,000! Fans and supporters can make their donations HERE, and links will also be available on social media throughout the broadcast of the Red Bull Virtual Grand Prix of Spain.

Two Wheels for Life works with on-the-ground partners Riders for Health in a number of African countries, supporting African run and led healthcare initiatives using motorcycles. Experts in healthcare delivery across the continent, Riders for Health use their unique systems to ensure motorcycles and other vehicles run reliably, allowing health workers to access difficult-to-reach communities and villages delivering services such as child immunisation and emergency health transport, as well as ensuring test results can be taken to labs and returned swiftly to enable diagnoses.

For 30 years they have enabled healthcare workers to reach the most remote areas, and their work is more vital than ever as the world battles coronavirus. The Red Bull Virtual Grand Prix of Spain is part of a new campaign to raise funds to fight Covid-19 in the countries in which Two Wheels for Life and Riders for Health operate, and the money raised will go towards the delivery of healthcare, test results, education and supplies for hard to reach communities – all using the power of motorcycles.

As stated, the campaign to support this vital work is now open, and it runs until a week after the Red Bull Virtual Grand Prix of Spain so there’s plenty of time to get involved. Click HERE to visit the page and donate, and make sure to tune in to the event on Sunday. The broadcast begins at 3pm (GMT +2), with qualifying highlights shown before each race. Moto3™ lead the way before Moto2™ take over to make their virtual racing debuts, with MotoGP™ then taking centre stage. 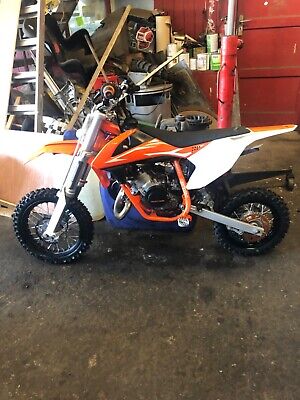