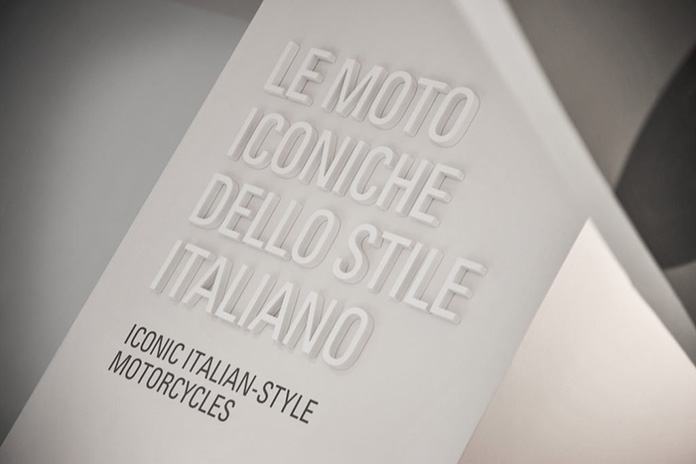 The Ducati Museum in Bologna has undergone complete renovation to celebrate the company’s 90th anniversary and is opening its doors for a preview visit for all those attending the 2016 World Ducati Week, Ducati’s world-scale international gathering taking place from 1 to 3 July at the Marco Simoncelli Misano World Circuit. From 29 June to 5 July the Ducati Museum will be exclusively open to the thousands of fans on their way to WDW2016 or back from the great Ducati event.
The museum’s permanent display, which is hosted inside the Bologna factory, is reopening with a new concept: each motorcycle on display is treated like an authentic work of art. A story told in the language of shapes and colours highlighted by the dedicated installations.

“Ducati is ‘Style, Sophistication and Performance’. We use this approach at the Design Center when designing our motorcycles and it’s the idea behind the project led by creative director Paola Bosi for the set-up of the new museum,” points out Andrea Ferraresi, head of the Ducati Design Center. “Three of the fundamental elements of our brand are to be found within the museum: the Ducati history, races and DNA applied to our most iconic motorcycles. We consider every bike to be an item of design, a work of art which, today, we are displaying with pride in this new gallery. White is dominant in the exhibition area so as to highlight the product itself, with no distractions”.

As it was conceived 18 years ago, the museum brought the Ducati history to life focusing exclusively on the world of racing. Specific to this new version, on the other hand, is an entire area dedicated to some of the most iconic road bikes that have made the story of the company so great. And it’s here that the so-called production bikes are explained from start to finish – how the project is conceived and developed in precisely defined technological, economic and social contexts. From here, the new narrative in place at the museum is divided into three different threads: the history of Ducati production bikes and the sociocultural context they exist in; the history of racing with race bikes and trophies won on display and finally, the third thread which tells of ‘Ducati moments’, that is the facts, people and technological innovations that have made the story of Ducati what it is and also the ‘Ducati heroes’ – the Ducati riders.

The area dedicated to production bikes includes 27 bikes, 15 of which have never been on show before, occupying four different rooms. In each of the rooms, the bikes are accompanied by the technical specifications for each single item on display, and an artistic installation which highlights the features and personality of the product. One example is the DNA structure matched with the Ducati 916, which represents the founding values of the Ducati brand, synthesized for the first time in the history of Ducati in Massimo Tamburini’s masterpiece.

“We wanted to celebrate the passion, ingenuity and talent of the men and women who have made the Ducati brand globally unique through the company’s 90 years of history,” adds Patrizia Cianetti, Ducati Marketing Director. “We were motivated by the thousands of Ducatisti who come to visit the museum each year, with the desire to let them experience new and even more intense emotions.”
The new Ducati Museum is the memory of the Bologna factory, and it is also a symbol of the company’s indisputable contemporaneity and continuing desire to reach for the future.