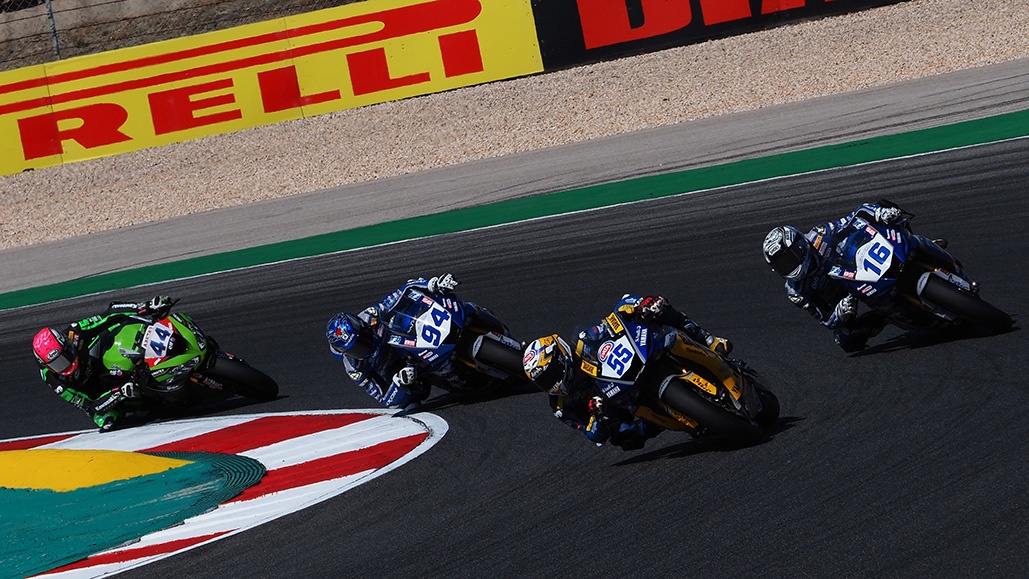 Rookie Andrea Locatelli heads into the Prosecco DOC Aragon Round with a 35-point Championship lead, having won every race in 2020

After a gap of a few weeks following two intense races at Jerez and Portimao, FIM Supersport World Championship action returns with the Prosecco DOC Aragon Round as MotorLand Aragon plays host to the fourth Round of the 2020 WorldSSP season. The 2020 season has been dominated out in front by one rider while the battles behind have been tense, exciting and close. Will the chasing group be able to get ahead as WorldSSP heads to Aragon?

Andrea Locatelli (BARDAHL Evan Bros. WorldSSP Team) heads into the round as the Championship leader having claimed victory in every race throughout 2020, as well as claiming all three pole positions available through Tissot Superpole and five fastest laps in races; the rookie from Moto2™ proving he is the rider to beat with strong performances consistently throughout his rookie season. Locatelli took to MotorLand Aragon for one day of testing prior the round, riding alongside a selection of MOTUL FIM Superbike World Championship riders. MotorLand Aragon is a circuit Locatelli has raced at before, in Moto2™, with the Italian scoring a best result of 16th in 2018.

His nearest competitor in the Championship is Jules Cluzel (GMT94 Yamaha) with the Frenchman racing hard in both races against Locatelli at Portimao across both races; with Locatelli triumphant in both of those races. Cluzel will take confidence from being able to match Locatelli throughout the races in Portimao and racing ahead of the Italian at times. Cluzel has been on the podium at Aragon, with a best result of third coming in 2018. Will he be able to come out on top against Locatelli in Aragon?

Lucas Mahias (Kawasaki Puccetti Racing) heads into the Aragon Round after picking up two podiums in the last three races, although a retirement in Race 2 at Portimao is his most recent result. Mahias has success at MotorLand Aragon having claimed a victory in 2017 in WorldSSP; his first victory in the Championship. In 2019, Mahias fought for victory as he finished less than a second behind the two Yamahas of Federico Caricasulo and Randy Krummenacher. He’ll be hoping his impressive pace shown at Aragon continues so he can fight for victory and stop Locatelli’s dominance.

Corentin Perolari (GMT94 Yamaha) remains in fourth place in the Championship, edging closer to another podium in 2020 after a fourth-place finish in Race 2 at Portimao; missing out on the podium by just 0.011s. Perolari’s best finish at Aragon came in 2019, when he finished sixth, and the Frenchman will be hoping to continue fighting at the front of the grid and return to the rostrum. The Frenchman makes it three French riders in the top four as they all look to mount a title challenge.

Philipp Oettl (Kawasaki Puccetti Racing) lies fifth in the Championship after picking up a consistent run of results since his Phillip Island retirement. A run of four points finishes, finishing no lower than seventh, has moved the German rider into the top five in the standings in his debut WorldSSP season. Oettl’s Moto3™ results at Aragon were strong with six top ten finishes in seven races, something the 24-year-old will hope he can carry on when WorldSSP hits the track at MotorLand Aragon.

Oettl is tied on points with Steven Odendaal (EAB Ten Kate Racing), with the pair scoring 49 points in five races in 2020. Odendaal is another rider whose consistent results put them in the top six, with the South African not finishing outside the top eight this season with a best result of fourth. MotorLand Aragon is a circuit Odendaal knows well from his Moto2™ campaigns, and while a best result of 18th, scored in 2016 and 2018, does not show Odendaal’s potential and he will be hoping to carry on his run of top eight finishes in WorldSSP.

Raffaele de Rosa (MV Agusta Reparto Corse) secured his first podium of 2020 at the Portuguese Round with third in Race 1 as he just held off Perolari on a run to the line. De Rosa is yet to claim a WorldSSP victory but is this his chance on a circuit he’s finished second at already? Another rider looking to claim their first victory in WorldSSP is Isaac Viñales (Kallio Racing), with the Spanish sensation picking up his first podium of 2020 last time out at Portimao. Viñales has raced at Aragon once in WorldSSP, finishing 10th in just his third race, while his best result at Aragon prior to that came in Moto3™ back in 2014.