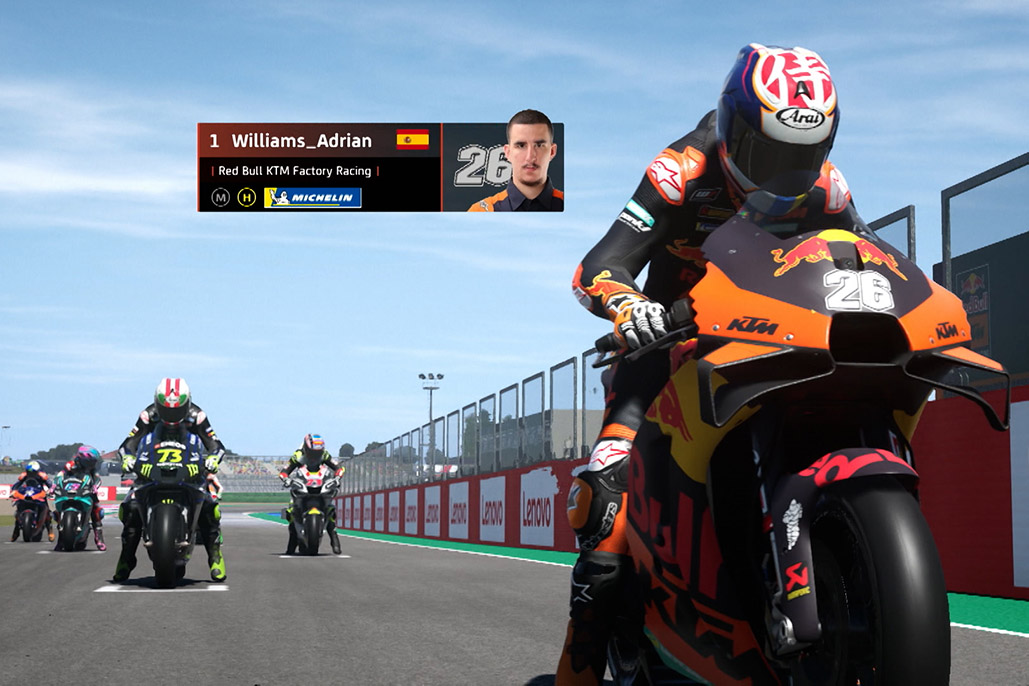 The third round of the 2020 MotoGP™ Global Series was all about one man as Williams_Adrian racks up two more wins.

Not for the first time in 2020 Williams_Adrian proved to be the class of the field as the Spaniard rode to another double victory in a drama-packed third round of the MotoGP™ eSport Championship Global Series.

Eleven gamers from around the world have earned the right to represent one of the eleven current MotoGP™ teams for the four-round Global Series, an eight-race event that will determine the wearer of the 2020 MotoGP™ eSport crown.

With the world still feeling the effects of the COVID-19 pandemic the eleven finalists competed against one another while communicating via a communal video call in their homes.

Yet as we saw at round two, no one could touch the Montenegro brothers – Williams_Adrian and Williams_Cristian. The pair dominated proceedings last time out and they were at it again here in the double header that saw the eleven finalists race at the Misano World Circuit Marco Simoncelli and then Australia’s awesome Phillip Island.

There was drama from the very first turn of the Misano bout as a collision between trastevere73 for Monster Energy Yamaha and Ducati Team’s AndrewZH – the winners of the past three MotoGP eSport Championships – led to the former falling. The latter then crashed at turn eight in a chaotic opening, in which four men fell on the first lap.

At the front we were treated to a display of controlled aggression from Red Bull KTM’s Williams_Adrian, who got the jump, led from lap one and maintained an unerring consistency in light of constant pressure from Williams_Cristian, competing for Suzuki Ecstar. He maintained his pace all the way to the flag to win by 1.7 seconds.

The finalists had a brief break ahead of race two, and the contest fell into a familiar pattern.

Williams_Adrian once again led from the front and dictated the pace while Williams_Cristian and trastevere73 pushed from behind. Meanwhile, another early crash left AndrewZH’s championship challenge in tatters.

Despite the glorious Phillip Island favouring the sweet handling Suzuki GSX-RR and Yamaha M1, Williams_Adrian didn’t put a foot wrong aboard his KTM RC16 to win by the narrowest of margins – just 0.3s covered the two Montenegro brothers, while trastevere73 made a welcome return to the podium, just 0.9s behind.

There were super rides from EleGhosT555, who finished fourth, Esponsorama Racing’s MrTftw in fifth and excelling around his home track, and Davidegallina23 collecting another top six finish. AndrewZH was a disappointing tenth.

The results see Williams_Adrian increase his lead in the standings to a commanding 39 points. Williams_Cristian’s two second places see him remain second overall, with trastevere73 still in the running in third, 61 points back. AndrewZH is basically out of the running and must recover 89 points should he wish to retain his title. But with double points on offer at the final round, there is all to play for.

The finalists now have more than three weeks to prepare for the fourth and final round of the series. The date of it will be announced soon. With double points available for both races, anything can happen. You won’t want to miss it! 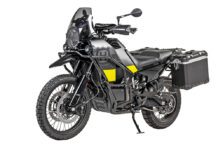 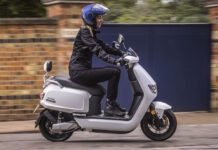 Strike now and switch to Sunra EV for the commute 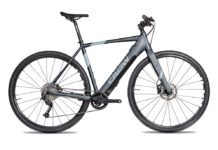 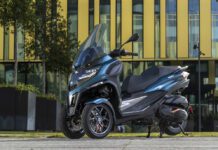 The accessories for the Multistrada V2 make travelling even more enjoyable