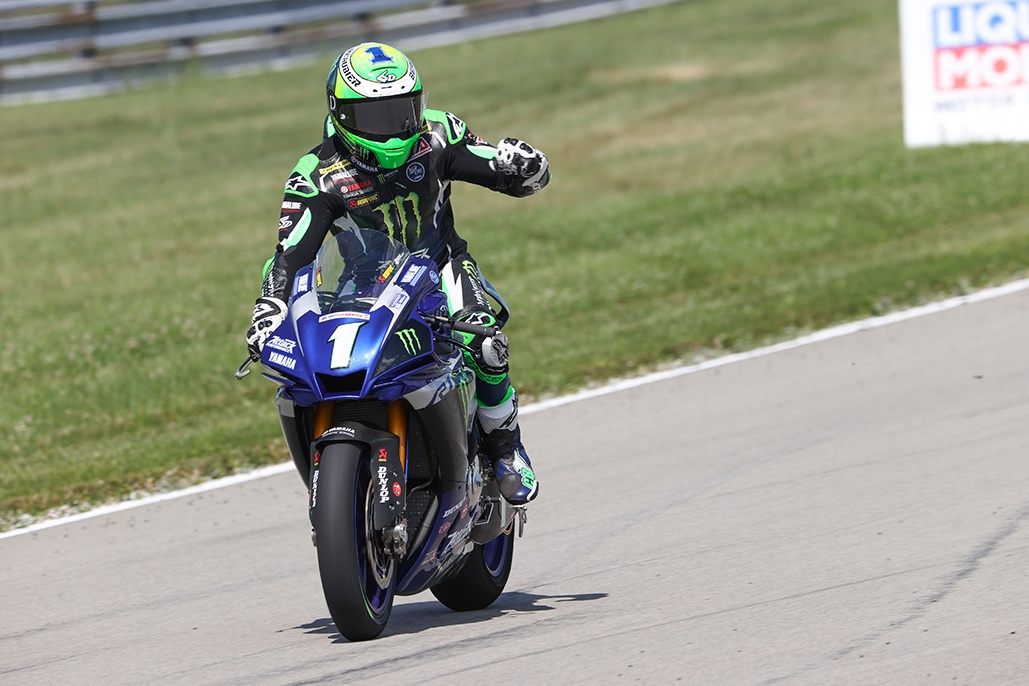 Beaubier began his day with his fourth pole position of the year and he finished it with his sixth win, this one by 2.976 seconds after 17 laps of the 2.78-mile undulating PittRace road course.

The podium was the same as the last two races at Road Atlanta last weekend, though the order was different with Westby Racing’s Mathew Scholtz turning the tables on Beaubier’s teammate Jake Gagne to finish second behind Beaubier on a sunny day in Pittsburgh.

“Both these guys are on it since the first lap yesterday,” Beaubier said of Scholtz and Gagne. “I haven’t had that little gap that I’ve had in practice. Qualifying was pretty tough. We all got in the same 10th (of a second). I knew it was going to be a pretty tough race. I was able to get a good start and nailed the first section pretty good, which I was happy about. I came by and I saw .5 or .8 on my board the second lap. From there I was like, ‘I have to put my head down and charge because I know these guys have had pace all weekend.’ I’m just feeling so good right now. My R1 is working so good. Like I said at the previous rounds, it’s just exciting for me going to each track because the bike is quite a bit different than last year, and just seeing what it’s capable of at each track. So far, it’s been great. I’m just going to try to keep this ball rolling as long as I can. Like I said, just feeling great. I’m sure tomorrow is going to be tougher. Everyone is going to go back and do their homework and come out swinging for the next race.”

Scholtz battled with M4 ECSTAR Suzuki’s Bobby Fong and Gagne early before Fong exited the race in dramatic fashion with a big crash on lap nine. That left Scholtz and Gagne to battle for second with Scholtz getting the nod despite losing his left knee puck early in the race.

“I’m not sure what happened,” Scholtz said. “Maybe lap four or five or six (when he lost the knee puck), somewhere about there, and for the next two or three laps it was kind of worrying. I couldn’t really tell how much was being over. The track was really difficult. Every time I started pushing on the front, I couldn’t lift myself back up if something happened. Just really happy to manage to keep it safe.”

Gagne chased Scholtz to the finish, ending up just .130 of a second behind while earning his sixth podium finish of the season.

“Got off to a pretty good start,” Gagne said. “A couple of those guys in the second row got by me on that first lap. Had to get by Kyle (Wyman). Obviously, Cam (Beaubier) was going fast right away after he got in that lead. We kind of knew he’d be going for it. Got into a little run with Mat and Bobby (Fong) and, unfortunately, in the middle of the race or so Bobby hit that inside curb and washed out. That was kind of a surprise. Right in front of me, too. Mat rode a great race; Cam rode a great race. These Yamahas are working really well. We got a little bit of work to do tomorrow to try to pick up the pace. I’m sure me and Mat will want to be a little bit closer to Cam. But it was a good race, good battle. I think we’ll be ready to go for tomorrow.”

Scheibe Racing BMW’s Josh Herrin was in a battle with Elias for fifth when his handlebar came loose on the last lap, putting him off track at one point and costing him a shot at fifth place. Herrin persevered for seventh place.

With his 150 points out of a possible 175 points thus far, Beaubier leads Gagne by 28 points in the HONOS Superbike Series point standings. Scholtz is third, 96 points behind Gagne. Fong stays in fourth but is just three points ahead of fifth-placed Wyman.