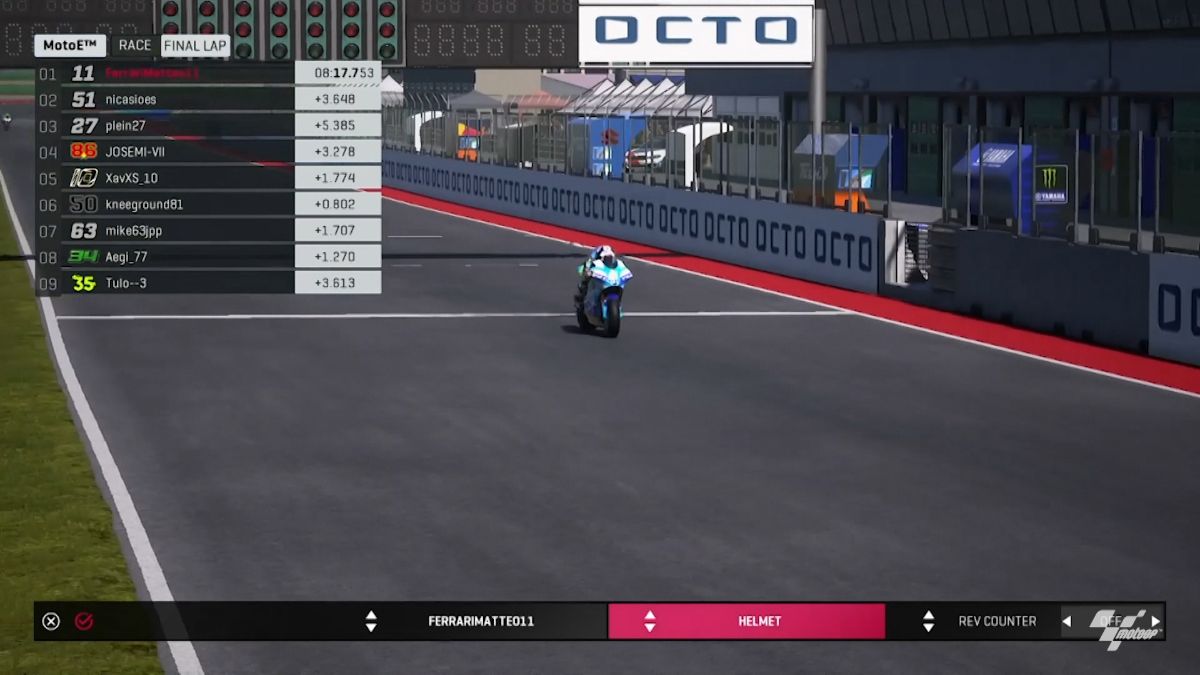 The Italian returns to rule Misano once again – despite a last lap crash!

First lap carnage saw MotoE™ rookie Jordi Torres (Join Contract Pons 40) taken out at the opening corner in an incident that also involved Intact GP’s Dominique Aegerter and Tech 3 E-Racing’s Lukas Tulovic, with the chaos allowing polesitter Ferrari to escape at the front and Granado in pursuit behind him as the two pulled clear.

It looked set from then on to be a duel for the win, and the two wouldn’t, as it turned out, be seen again by the rest of the field in the entire five-lap dash. But behind them the fight went on, as Openbank Aspar Team’s Alejandro Medina shocked most by fighting through from dead last on the grid into third and threatening a podium. The Spaniard was then put under some serious pressure by Casadei, but a crash for the Italian relieved most of that for a while at least…

Granado asked Ferrari to slow down but it was to no avail, with the laps ticking by and the Italian still out front as his advantage only continued to grow. It looked like it could be disaster right at the end, however, as he suddenly took a tumble in the final sector on the final lap… but with such an advantage, he was still able to remount and cruise across the line four seconds ahead of Granado.

The final podium place ultimately went to Casadei after he chased down and forced a mistake out of Medina on the final lap, settling that duel, with Xavier Simeon (LCR E-Team) completing the top five. Torres and Mike Di Meglio (EG 0,0 Marc VDS) took sixth and seventh, with Tulovic and Aegerter proving the final finishers.

That’s a wrap for the first ever virtual MotoE™ race! Check out reactions, highlights and more on motogp.com and across social media.

Matteo Ferrari: “I’m really happy about it because it was the first for MotoE this year! And I’m so happy to win the first race… and take pole and set the fastest lap.

“It’s fantastic for me because last year we won the Cup in reality, this year unfortunately we’ve only had one two-day test so far… so I’m training a lot, not on the track but on the PlayStation!”