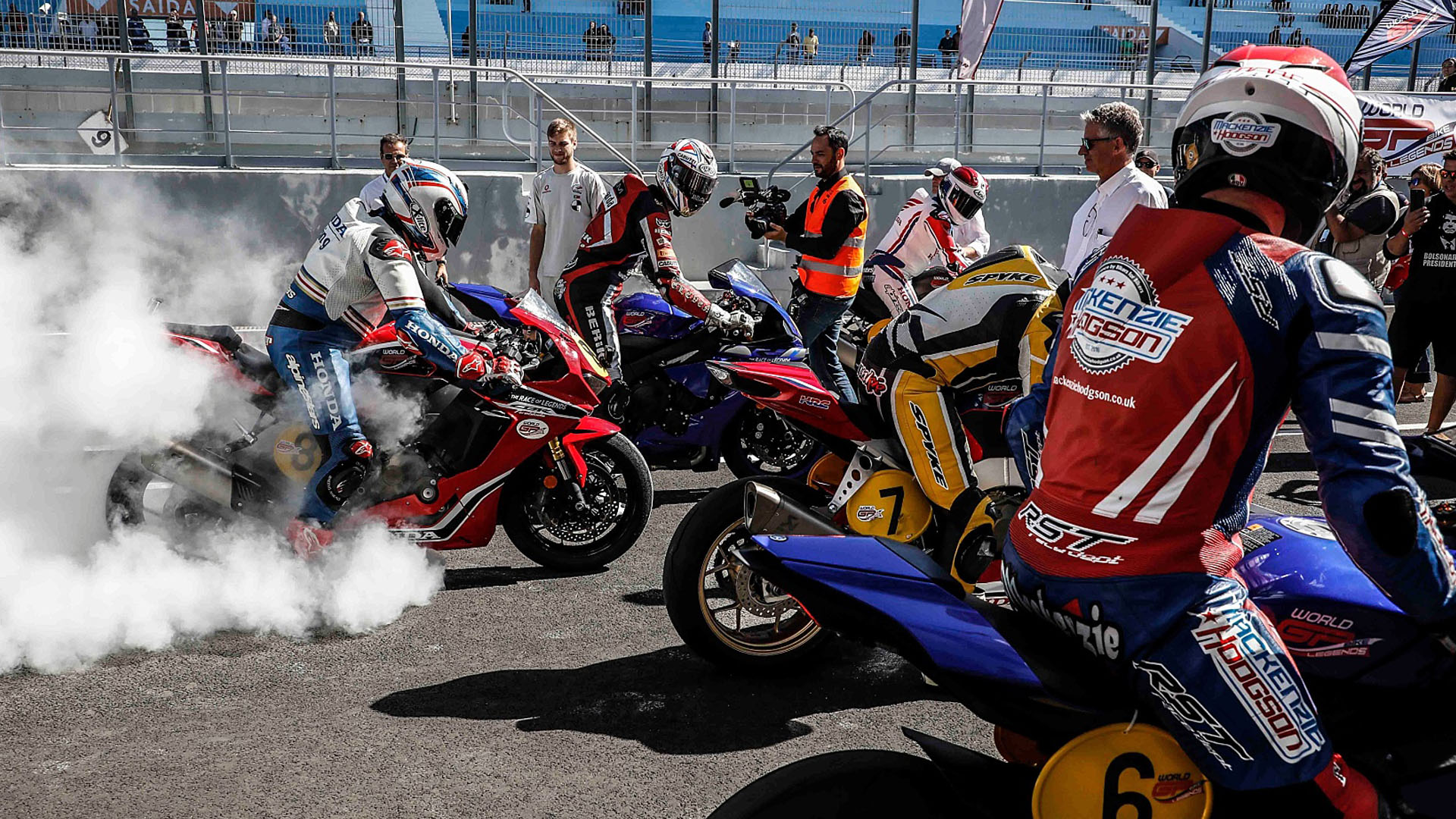 Fans can look forward to a fantastic line-up of stars from the past and present
With the countdown to the annual Silverstone Classic now in full swing WGPBL have announced the stars already confirmed for the event that takes place at Silverstone over the weekend of July 26th to 28th, 2019.

As ever the star-studded line-up includes stars of two wheels past and present, from a variety of racing disciplines including GP, Superbike and Road Racing.

Aussie legend Wayne Gardner who fought hard to win the 500cc World Championship in 1987 for Honda takes to the grid once more. Alongside him will be ‘Fast’ Freddie Spencer, who holds three World Championship titles and is the only rider ever to win both the 250cc and 500cc World Championships in the same year. Other well-known GP riders include Steve ‘Stavros’ Parrish (factory Suzuki rider) & Jeremy McWilliams (factory KTM rider).
1990 World Superbike Champion and former 500cc Yamaha rider Raymond Roche will also be donning his leathers and will have fellow British superbike champions John Reynolds, and Tommy Hill as well as current BSB young gun Luke Mossey to contend with in the weekend’s two races.

Fans of pure road racing won’t be left want either. Peter Hickman, multiple TT Race Winner is known as the fastest road racer in the world. He will be joined by fellow TT competitor, Maria Costello, who also hold various records, including the accolade of the first female competitor to compete on two and three wheels in the same year after campaigning both solo and sidecar races on the Isle of Man earlier this year.

Free Paddock access, the chance to rub shoulders with some of the greatest riders to ever take to the circuit, bike displays, historic racing machines, music, a dedicated shopping village, air displays and racing make the Silverstone Classic a truly unique event that brings together two and four wheel enthusiasts in an interactive and dynamic way.
Tickets for the event are available here.