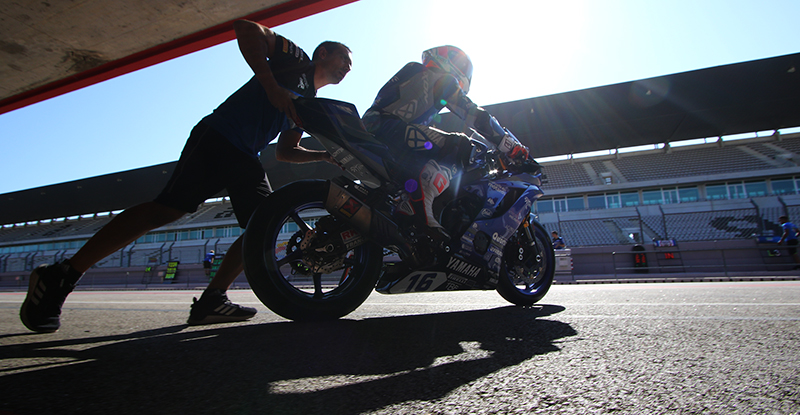 Big names in WorldSSP are joined by the welcome return of 2004 and 2007 WorldSBK Champion James Toseland, who comes back to the paddock as team manager.

The 2020 FIM Supersport World Championship promises to bring more thrilling, fair-bashing action across 13 rounds from all over the World. However, prior to this is the testing season, where the teams and riders get together to familiarise themselves with new bikes and regulations, whilst others try to perfect the packages they already have. Four teams will be in action across the two days in order to improve their packages ahead of the 2020 WorldSSP season.

Starting with the Champions, the BARDAHL Evan Bros. WorldSSP Team and their sole entrant for 2020 Andrea Locatelli will hope to be in action. The team were scheduled to ride at the Jerez test, but inclement weather meant they packed up earlier and headed to Almeria. Locatelli needs crucial miles and with the new regulations stipulating that slick tyres will be used for the first time in WorldSSP, there’s more than just new parts to try out. The former Moto3™ podium finisher has been one of the biggest profiles to come into World Supersport and will look to give the BARDAHL Evan Bros. WorldSSP Team a second teams’ title in as many seasons.

One of the most successful teams in WorldSSP are PTR Honda, rebranded this season as Dynavolt Honda; Simon Buckmaster’s squad picking up new sponsorship for their 2020 World Supersport campaign. With 18 race wins to the team’s name, Hikari Okubo and Patrick Hobelsberger will be in action at Portimao and eager to get to grips with the CBR600RR. The team were consistent top ten runners in 2019 and will hope to move up and challenge for the top six as 2020 unfolds, especially given Okubo’s podium-threatening pace last year.

GMT94 Yamaha had an incredibly strong end to 2019, with Jules Cluzel winning at San Juan and securing a strong podium finish at Losail. Three wins for the 31-year-old three-time WorldSSP runner-up still wasn’t enough to give him the title in 2019 and he will be hoping that the turn of the decade brings luck his way. His teammate for a second season is the flamboyant Corentin Perolari (GMT94 Yamaha), who took his first pole in Argentina. He ended 2019 strongly and with the right amount of testing, he could be a real threat to the title.

The final team that will be testing from the WorldSSP field is the WRP Wepol Racing squad, a new addition to the grid this season. Featuring the only British rider in the field – Danny Webb – the team is managed by double World Superbike Champion, James Toseland. Toseland is back in the paddock at Portimao, a track he raced at only once in 2010. For rider Danny Webb, it is a big opportunity back on the world stage, with him clinching the International Road Racing Championship (IRRC) in 2018.

With plenty to be expected, tested and reviewed, the World Supersport field for 2020 is one of the biggest and best in recent seasons, with 17 nationalities ready to do battle. Add into the mix rookies, new regulations and new circuits, it looks set to be an all-out battle for the entirety of the season.