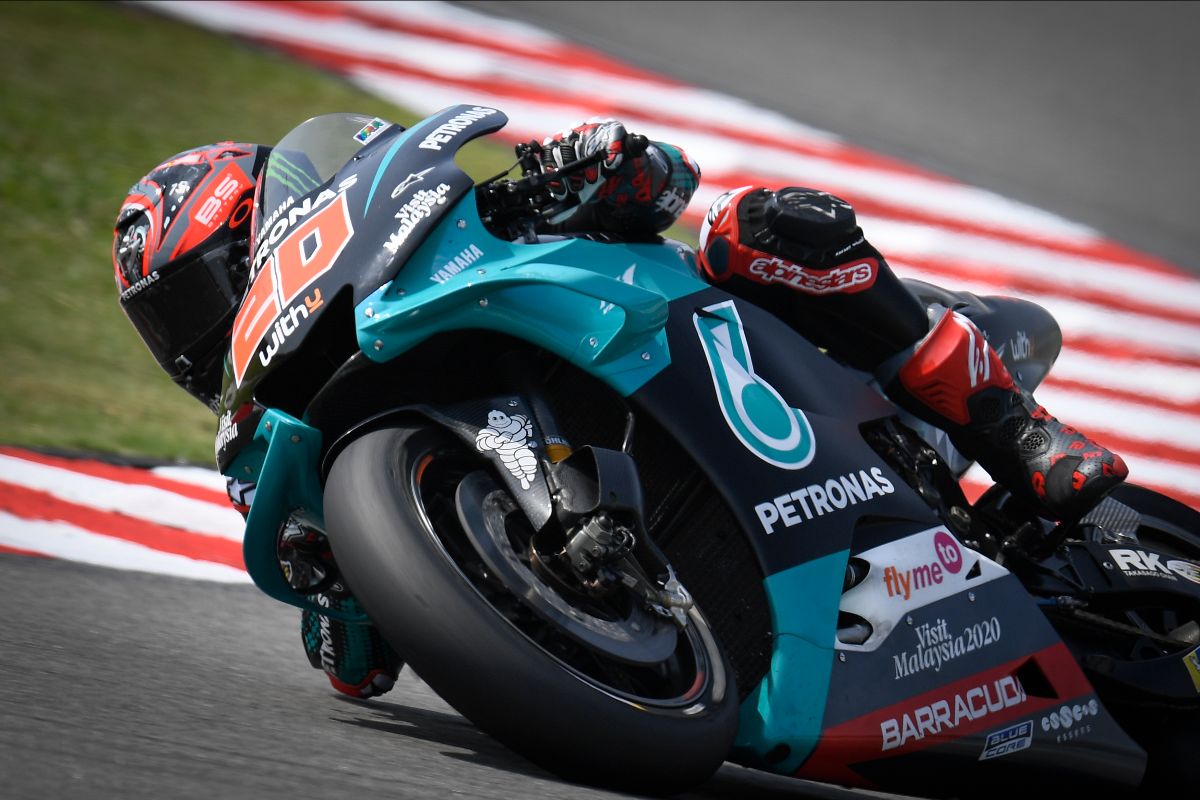 It is with great pleasure that Yamaha Motor Co., Ltd. announces the signing of Fabio Quartararo with the Yamaha Factory Racing MotoGP Team for the 2021 and 2022 season.

The Yamaha Factory Racing MotoGP Team are delighted to welcome Fabio Quartararo to their line-up for the 2021 and 2022 season.

Last year‘s results showed that Quartararo is a unique talent and a rider with a bright future in MotoGP. The 20-year old from Nice, France, scored seven podiums (5x second place and 2x third place) in his debut season with PETRONAS Yamaha Sepang Racing Team, which at the time was a brand-new Yamaha satellite team. He came tantalizingly close to his first premier class win on a number of occasions. Though it wasn‘t to be, his exceptional performances impressed many in 2019. Ultimately, he secured fifth place in the overall MotoGP standings, earning him the Best Independent Team Rider honour by 27 points, as well as the Rookie of the Year title with a 100-point margin to the runner-up.

In 2020 Quartararo will again be a PETRONAS Yamaha Sepang Racing Team rider, completing the second year of his current two-year agreement. However, this season he will be riding the factory-spec YZR-M1. Moreover, he will enjoy Yamaha’s full support throughout the upcoming season, as well as when he moves up to the Factory Team in 2021.

In 2021 and 2022, Quartararo will partner Maverick Viñales, whose two-year contract extension with the Yamaha Factory Racing MotoGP Team was announced yesterday.

LIN JARVIS
MANAGING DIRECTOR, YAMAHA MOTOR RACING
We are very pleased that Fabio will be joining the Yamaha Factory Racing MotoGP Team line-up for 2021 and 2022. His results in his MotoGP debut year were sensational. His 6 pole positions and the 7 podiums in the 2019 season were a clear sign of his brilliance and exceptional riding skills. Inviting him to move up to the Yamaha Factory Racing Team after he completes his contract with PETRONAS Yamaha Sepang Racing Team was a logical next step.

“For the upcoming season he will be provided with a factory-spec YZR-M1 and he will receive full support from Yamaha.

“Fabio is only 20 years old, but he is already showing great maturity on and off the bike, and we are excited to have him join us in 2021. Fabio and Maverick will provide a big stimulus to all of us in the Yamaha Factory Racing MotoGP Team to continue to develop the YZR-M1 and leave no stone unturned in our quest for MotoGP World Championship victories.

FABIO QUARTARARO
PETRONAS YAMAHA SEPANG RACING TEAM RIDER
I‘m delighted about what my management has achieved in the last few months together with YMC. It was not simple to establish, but now I have a clear plan for the next three years and I‘m really happy.

“I will work hard, like I did last year, and I‘m extremely motivated to achieve great performances.

“I feel like the winter period is too long – I‘m really excited to go to the Sepang test next week to ride my new YZR-M1 and meet and work with my crew again.

“I want to thank YMC and PETRONAS Yamaha Sepang Racing Team, who have given me the opportunity to enter the MotoGP class in 2019. I will give my all to do them proud again this year.

Fabio Quartararo, born in Nice (France) on 20 April 1999, became the first non-Spanish rider since 2007 to secure the CEV Repsol Moto3 Title in 2013. At the start of the 2014 season he wasn‘t old enough to graduate to the World Championship level, so he competed in the CEV Repsol Moto3 again, once more taking the honours. In 2015, an exemption was introduced for the official minimum age, allowing Quartararo to make his World Championship debut in the Moto3 Class before his 16th birthday in April.

Quartararo‘s Grand Prix racing highlights include: two second places in Moto3 in 2015, a Moto2 victory (Catalunya) and second place in 2018, and five second places and two third places in the premier class in 2019. Last year the youngster secured the MotoGP Rookie of the Year award and Best Independent Team Rider distinction, having finished fifth in the overall standings.