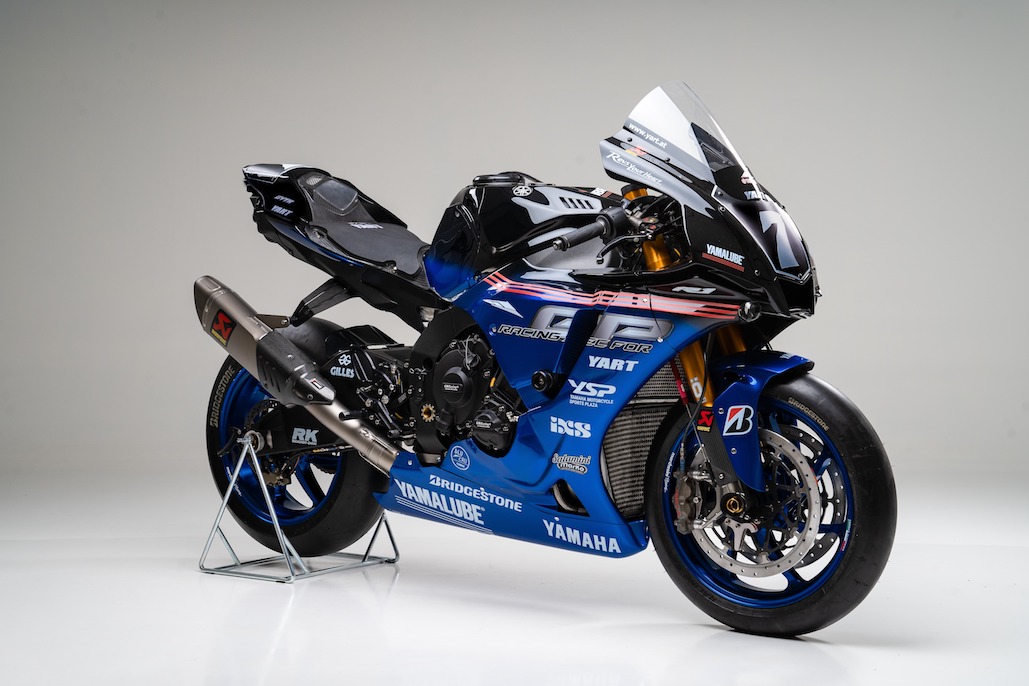 The Yamalube Yamaha EWC Official Team by YART will race the 43rd edition of the Suzuka 8 Hour with a revised rider line up and a brand-new livery, as they step up to lead Yamaha’s assault on the prestigious Japanese endurance race.

With the Yamaha Factory Racing Team absent from this year’s event, having secured a fifth successive podium finish 12 months ago, the YART Yamaha rider line up has been strengthened by the addition of Kohta Nozane, with the Japanese Superbike frontrunner drafted in to race the #7 Yamaha R1 alongside YART Yamaha regulars, Niccolò Canepa and Marvin Fritz.

In recent years the Yamalube Yamaha EWC Official Team by YART has been one of the teams to carry the flag for the Endurance World Championship regulars, taking the fight to the factory teams that join the championship only for the Suzuka event, traditionally the final race on the EWC calendar.

In 2019 the YART Yamaha trio of Canepa, Fritz and Broc Parkes battled at the front throughout the race, despite having to start on the spare bike following a crash in warm up, and eventually finished in a creditable sixth place. This year the team return to Suzuka with their sights set firmly on the podium.

The 43rd edition of the Suzuka 8 Hours is currently scheduled to take place on Sunday 19th July, but the date may yet change as a result of the ongoing coronavirus pandemic.

“Suzuka is an important race for us. Normally it’s the final race of the season, although that’s not the case this year, but as a long time Yamaha team it’s also something of a home race for us. Racing alongside our colleagues at YMC and in front of the passionate Japanese fans is always a very special feeling. For the past few years we’ve been the back up to the Yamaha Factory Racing Team at Suzuka, but with them absent this year it places more responsibility on our shoulders. I am confident that we can step up and repay the faith shown in us by Yamaha. Kohta Nozane is one of the most exciting young talents racing in the Japanese Superbike Championship so I’m happy to welcome him into the team to race alongside Niccolò and Marvin. We know Nozane-san well, he knows the bike and the team, and we also know that at Suzuka he will be very strong. In the past we’ve been one of the teams capable of fighting it out at the front with the factory squads but this year, with such a strong rider line up aboard our Yamaha R1, already a proven package, I think it’s possible to challenge for the podium. That will be our goal.”