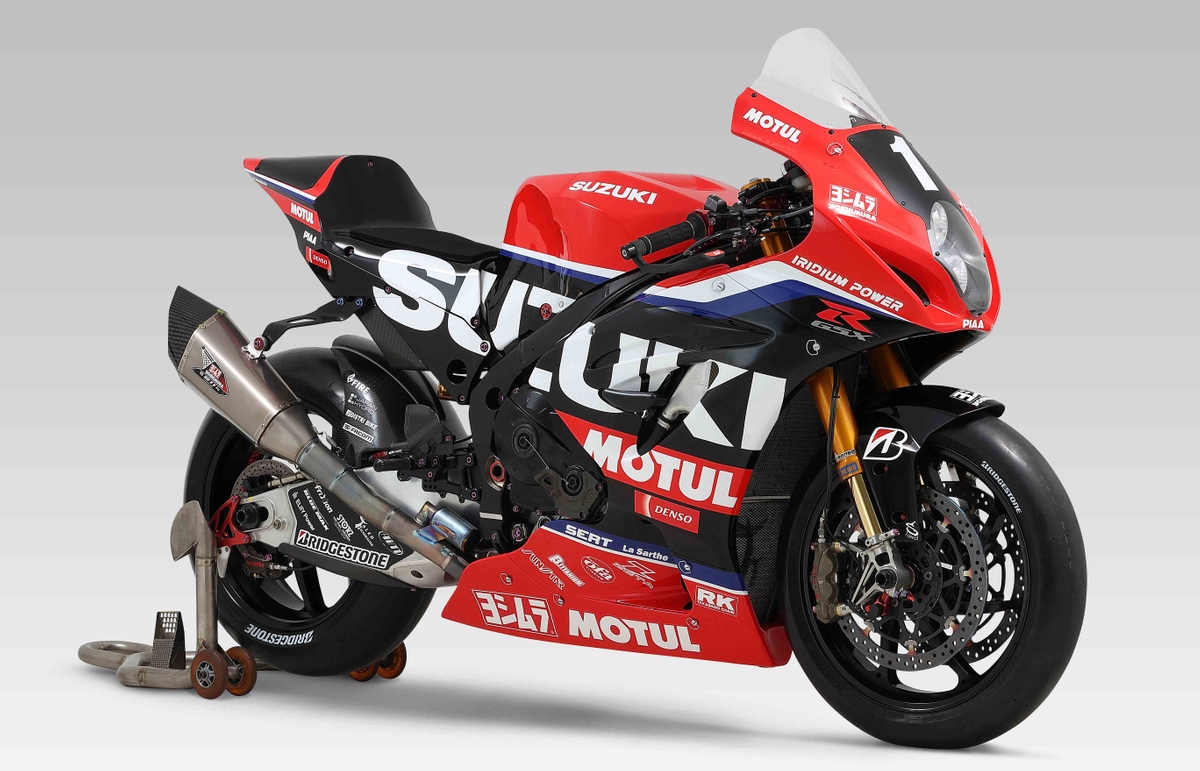 A new Franco-Japanese tie-up is set to boost the profile of the FIM Endurance World Championship and raise the bar even higher for all the other competing teams.

Yoshimura and Suzuki Endurance Racing Team – both long-standing outfits with multiple wins and titles to their credit – have joined forces to create a brand-new factory team, Yoshimura SERT Motul. The Suzuki GSX-R1000R in the colours of the new Franco-Japanese squad will make its track debut in 2021, and the team have already set their sights on the world title.

A very promising new direction for a historic and people-focused partnership
Yoshimura has been a Suzuki Endurance Racing Team partner for a number of years: a technical partnership that has grown stronger since Damien Saulnier took over the SERT reins.

Yoshimura’s history is one of men driven by a passion for racing. Yohei Kato, the nephew of the company president Fujio Yoshimura, represents the third generation of the brand founded by ‘Pop’ Yoshimura.

Damien Saulnier, SERT’s new team manager as of this season, is a worthy successor to Dominique Méliand, the founder – and boss for four decades – of Suzuki Endurance Racing Team, as the title SERT claimed at the 12 Hours of Estoril in September proves. Yohei Kato and Damien Saulnier will take the reins of Yoshimura SERT Motul.

Eurosport Events, promoter of the FIM Endurance World Championship since 2015, is extremely proud to have contributed to creating this outstanding new factory team bringing together two nations with a passion for endurance racing.

Fujio Yoshimura, President of Yoshimura Japan
“The US magazine ‘Cycle’ scooped the Suzuki GS750, the first 4-stroke, 4-cylinder motorcycle from Suzuki, in the autumn issue of 1976. My father, ‘Pop’ Yoshimura, who was in the US at the time, called me and said, ‘We’re going to race with it!’. We got technical support from the Suzuki engineering group and won the AMA Laguna Seca round in 1977. This paved the way for our first Suzuka 8 Hours win in 1978, and we’ve been building our racing history on Suzuki motorcycles ever since. SERT’s ex-team manager, Dominique Méliand, has been a good Suzuki mate for me, and I am happy that Yohei Kato, our third generation in the family, is working with SERT to aim for the EWC title.”

Yohei Kato, Team Director of Yoshimura SERT Motul
“It must be 5 years ago now that I met François for the very first time and he urged us to join the EWC. We’ve been giving it a lot of thought ever since. Both SERT and Yoshimura have been involved in endurance racing for over 40 years, and we can be proud of our joint racing history. We are grateful for this opportunity to unite our two teams and become ‘Yoshimura SERT Motul’ to target the 2021 EWC world title with the GSX-R1000R.”

Damien Saulnier, Team Manager of Yoshimura SERT Motul
“July 2019 marked the start of a fresh chapter in SERT’s history with the Boss retiring. Following the handover, Suzuki, Yoshimura and SERT partnered up to develop endurance bikes for the FIM EWC.
Over the years, Yoshimura has always worked on getting the GSXR bikes to perform even better. That continues to be the main focus for Yohei Kato, our point of contact at Yoshimura and a direct descendant of ‘Pop’ Yoshimura. So it makes total sense for us to now link up with this iconic performance tuning specialist. Having our efforts crowned with success in the shape of a 16th world title is an achievement for the entire team, bearing out the close working relationship, both past and future, between our two entities. Today, we are proud to present the new colours of the bike and our logo combining Yoshimura, SERT and Motul to officially announce SERT’s partnership with Yoshimura.”

François Ribeiro, Head of Eurosport Events
“Since we became promoter of the FIM EWC in 2015, we have forged new ties between the two greatest nations of motorcycle endurance racing: France and Japan. FCC TSR Honda were the first Japanese team to commit full-season to the FIM EWC in a joint effort with Honda France, opening the way for Japanese Webike Trickstar to partner with SRC Kawasaki France. This is a great day for the FIM EWC, with the announcement of two iconic and successful teams joining forces into a new works Suzuki team. Welcome to Yoshimura SERT Motul team, a new milestone in taking the FIM EWC to ever-higher levels of competitive racing.”