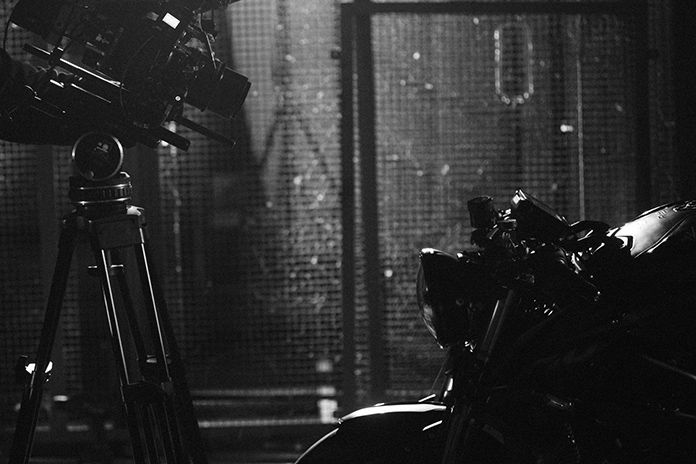 MV Agusta celebrates its 75th anniversary by inviting 8 testimonials-extraordinaire to tell their own side of the tale in a fascinating documentary film.

MV Agusta Motor S.p.A. is announcing the release of a 50 minutes documentary film to celebrate its 75th anniversary. The film is a behind-the-scenes, compelling account of what the Italian brand represents today and has achieved over more than seven decades, in the eyes of 8 testimonials-extraordinaire who each have crossed the path of the iconic bike from Schiranna in some significant way. The plot also develops along two other lines: the company’s own storytelling and an exciting introduction to the latest generation of MV Agusta bikes, with a strong focus on the future of the brand.

The title of the film, “You see a bike” expresses the idea that, beyond the unquestionable reality of the object, each and everyone of us sees, in that very bike, something different. The characters in the film share their own intimate view, offering a new, unexpected perspective on MV Agusta every time.

The narrative mechanism is revealed right from the opening lines: “A bike is never just a bike. You think you’re just looking at the surface, and you’re already looking behind. A lot of meanings come to life before your eyes, when you see a bike.” The viewer is thus taken into the fascinating universe of the characters, who share some very personal anecdotes about their relationship with the brand and motorcycling in general, intersected with MV Agusta’s insiders telling the story from the company’s point of view, while we also witness the birth of the brand’s latest iconic models. 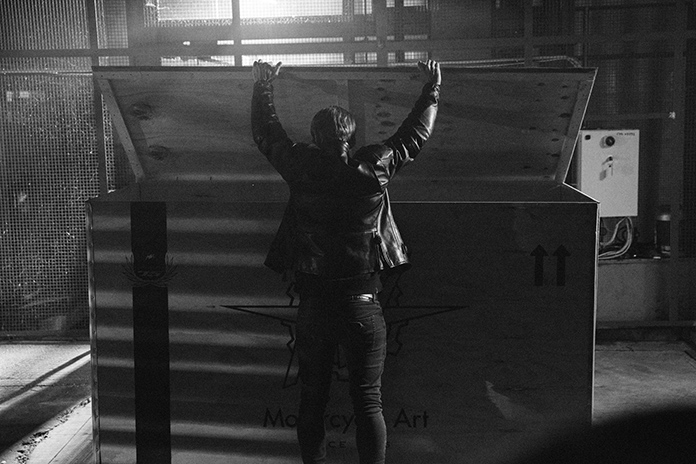 Directed by Andrea Manenti and produced by Addiction-PianoB, You see a bike was shot between 2020 and 2021, in the midst of the pandemic, with all the technical difficulties that the situation entailed.  Nevertheless the result is a poignant, unconventional and captivating account of the past, present and future of the world’s most iconic maker of motorcycles. It was shot on location in Northern Italy, Australia and California, and the cast included: Horacio Pagani, founder and chief designer of Pagani Automobili; designer and bike maker Roland Sands; Ottavio Missoni, fashion entrepreneur; stunt rider Thibaut Nogues; MotoGP photographer Gigi Soldano; Motorcycling legend Giacomo Agostini, race rider Virginio Ferrari and celebrity DJ and producer Carl Cox. On MV Agusta’s side: CEO Timur Sardarov and board member Ratmir Sardarov; R&D director Brian Gillen, marketing director Filippo Bassoli and brand director Marta Trezzi.

The choice of characters was not casual, each and everyone of these individuals is universally recognised in a field that also belongs to MV Agusta’s DNA; design, lifestyle, industrial excellence and racing. These out-of-the-ordinary people were also able to create a strong sense of belonging to an ideal, just like the MV community, or better, tribe.

The film also shows how videogame designers from Milestone, makers of some of the world’s most successful racing titles, have gone about assimilating and incorporating MV Agusta models into their RIDE videogame. While gamification represents the ultimate consecration for any product or brand, it is also a very effective way to reach out to the new generations, part of MV Agusta’s strategic targets for the future.

Timur Sardarov, CEO of MV Agusta Motors S.p.A., commented: “I instantly liked this particular project for its different approach. It couldn’t be farther from the usual, trite corporate celebration of the past. This film is dynamic, it’s alive and fresh, it’s about our present, it’s about our products being avant-garde and forward looking, it’s about our enthusiasm and our confidence in the future. It also, and quite rightly, salutes our glorious heritage and the legacy of those who made MV Agusta a legend, but it also offers a privileged view on how we are today and what we stand for. We really bared our soul as a gift to all MV Agusta fans around the world, and explored the different facets of our world and the fundamental values that define us, with the help of external personalities who are champions of those same values in their own fields. I think the film is also enjoyable from an artistic point of view, and I am confident it will be appreciated across generations, bikers and non-bikers alike.

or head to the official MV Agusta website www.mvagusta.com/ 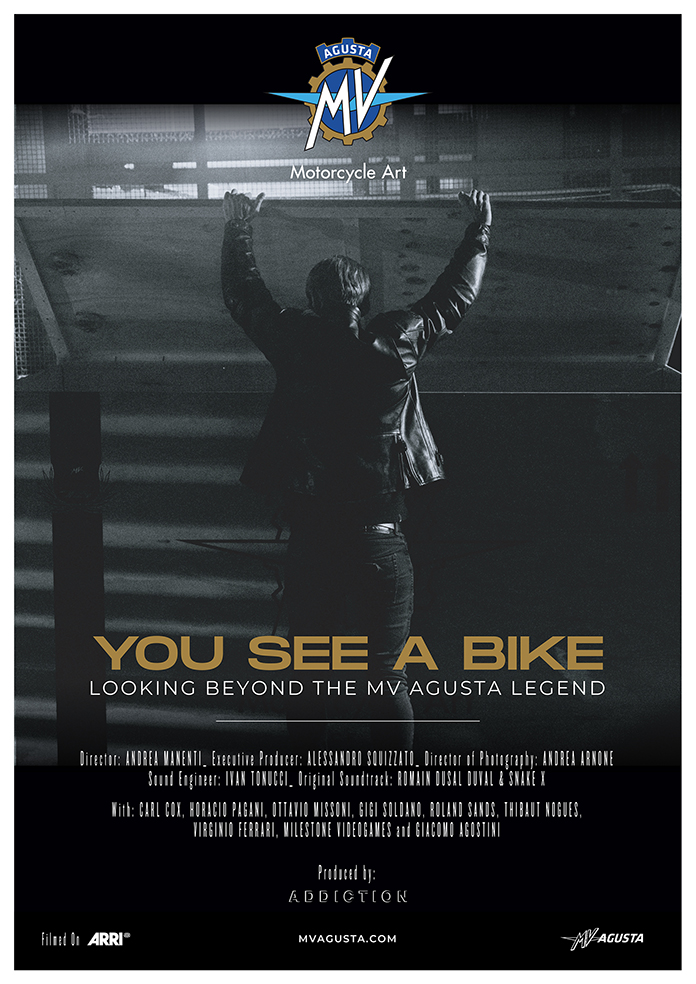