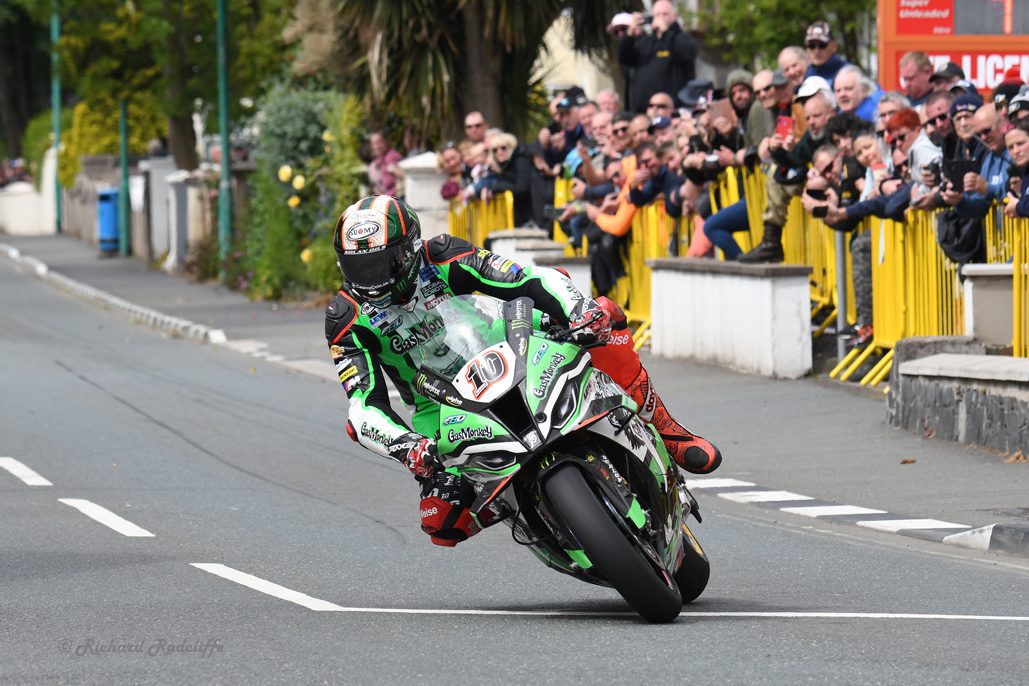 A superb Milwaukee Senior TT lifted spirits off the floor after a traumatic week at the 2022 Isle of Man TT fuelled by Monster Energy. The race was back to its full distance of six laps; rather than the four scheduled for Friday. The day was bright; mainly sunny but had a very strong wind that was sure to be problematic through gates and gaps on the lowland sections and right across the mountain section. Lap records were out of the question.

Thanks are due to all of those who donned marshals’ jackets and enabled the race to go ahead. The hoped for close battles were duly provided throughout the field. Lee Johnston was a non-starter; he took up commentary duties and showed that he has a media career ahead when he hangs up his boots. His calm analysis of events, riders, and the vagaries of the course; along with the obvious rapport with Chris Kinley made today’s commentary a pleasure to listen to.

The action on track was special; the first dash to Glen Helen was perhaps not quite so critical as in the shorter races earlier in the week. Dean Harrison (DAO Kawasaki) was quickest by 0.58s; Peter Hickman (Gas Monkey BMW) was second. Davey Todd (Milenco Pagett’s Honda) was third 0.74s ahead of teammate Conor Cummins; these two have been virtually inseparable in every race, and so it was to be in this one. Michael Dunlop (Hawk Suzuki) was fifth, with Ian Hutchinson (Milwaukee BMW) in sixth. Less than 10s covered the top ten riders.

At Ballaugh; the times showed that Hicky had reversed the positions to hold a lead of 2.4s from Harrison. Todd was 1.9s down on Harrison; with Cummins 0.337s further behind. Harrison was first to reach Ramsey and as he heeled into Parliament Square a hole and some cracks could be seen in his windshield; the result of a coming together with a pigeon, that also hit his helmet. He hit another later in the race, but this was lower, on the fairing. The bird strike may explain why he lost the time between Glen Helen and Ballaugh. He was as fast as normal through Ramsey. There was some fine action behind him, with most riders backing their bikes in as they slowed sharply for the first part of the square and prepared to blast out of it towards may Hill. Conor Cummins took the top style marks. The timing showed that Hicky led by 4.1s as they left to face the mountain climb for the first time. The strong wind and the hole in the screen made life difficult for Harrison; pulling at his head and causing part of the screen to tap on his helmet.

At the Bungalow the lead for Hickman had grown to 5.88s. Cummins had displaced Todd from third, but by just 0.994s. Michael Dunlop was fifth; with Dominic Herbertson (Gilbert Brown BMW) holding sixth. A lap of 132.381mph gave Hickman a lead of 8.36s as they flashed past the grandstand. Cummins was 2.65s ahead of Todd; both lapped at over 130mph. Dunlop and Herbertson completed the leader board. Notable, were two new graduates from the MGP; Mike Browne and Nathan Harrison in 11th and 12th respectively.

At the old commentary point at Glen Helen, Hickman led 9.84s and was easing gradually away from Harrison. The only change in leader board saw James Hillier (Rich Energy OMG Yamaha) move into sixth. Hickman passed Todd on the long Cronk y Voddy straight and at Ballaugh his lead over Harrison was 9.8s. Cummins and Todd continued their battle; 2.75s being the advantage for the Ramsey man. Dunlop and Hillier remained in fifth and sixth. Harrison was first to Ramsey; then it was the old master, John McGuinness; followed immediately by a freight train of Dunlop, Hickman, Todd and Hutchinson.

At the top of the mountain, the lead was 13.44s; whilst in the battle for third Cummins had an advantage of 2.03s. What proved to be the best lap of the race at 132.627mph, gave Hickman a lead of 14.62s as he came in to take on fuel and change the rear wheel. There was just 0.1s difference in the pit times of the top two; Hutchinson gained at least 4s on everyone; whilst Hillier blotted his copybook by overshooting his pit and having to paddle back to it. Then there was a real collector’s item; John McGuinness picked up a 30s penalty from the pit lane speeding police.

Glen Helen showed the full effect of the stops; Hickman led by 10.42s; Todd was 0.36s ahead of Cummins; Dunlop was fifth with Hutchinson back into sixth. More fine action kept us amused in Ramsey; the clock showing that Hickman’s lead was 11.34s. Cummins 0.477s ahead of Todd; Dunlop continued his lonely ride in fifth; but Hillier, making up for his error had displaced Hutchy by 0.3s.

At half distance Hickman held an advantage of 18.68s over Harrison. Cummins was 0.87s ahead in his scrap with Todd; Dunlop was fifth; with Hillier sixth. There were no positional changes during the fourth lap; Hickman led by 19.341s as he came in for his second fuel stop after a lap at 131.066mph. Cummins and Todd were just 2.7s apart as they entered pit lane. Dunlop was fifth; Hillier sixth; both had slow pit stops; whilst yet again Hutchy’s team was easily the fastest. Fastest ever newcomer; Glenn Irwin; who had been in 11th; retired at the pits; he was disappointed to be forced out but all in all satisfied with his debut on the world’s most challenging circuit.

The effects were shown at Glen Helen where Hickman led by 13.98s; Cummins was 4.4s ahead of Todd in their fight for the final step of the podium. Dunlop and Hillier remained in fifth and sixth. Dominic Herbertson; who had been eighth at the pit stop took a tumble at Glen Helen. He was conscious at the scene and conveyed to hospital by helicopter’ we wish him a full and rapid recovery from his injuries. This meant that the legends that are Hutchy and John McGuinness held seventh and eighth respectively. Once again, some good action in Ramsey; with one or two running wide, as the wear had its effect on brake pads.

Heading for the mountain climb Hickman led 13.56s. Cummins had 4.2s in hand over Todd; Dunlop and Hillier were comfortable in fifth and sixth. Heading out for the sixth and final lap Hickman led by 16.55s; surely; barring mechanical problems, the race was his. At Glen Helen, the lead was 14.12s; behind them Cummins was just 1.18s ahead of Todd. At the famous bridge in Ballaugh, the lead was 12.35s; Cummins was only 0.19s ahead of Todd and later said that he may have slowed too much for the yellow flags being shown at Glen Helen. By Ramsey, Cummins had nudged his advantage over Todd to 0.545s; with 13.73 miles left to the finish line.

After the final mountain climb, Hickman led by 14s and Cummins had eased further way from Todd; his advantage now 1.304s. After a final lap at 130.712mph, Peter Hickman duly became the fourth rider to win 4 TTs at a single meeting and moved his total to 9. Harrison lapped at 130.666mph to take second; a superhuman effort given the bird strikes and windshield problem. Cummins edged his teammate off the podium by 2.827s; Todd the quickest rider on that final lap. Dunlop and Hillier completed the final leader board of TT 2022. Hutchinson, Jamie Coward, John McGuinness, and rising local star, Nathan Harrison, completed the top ten finishers.

After a three years hiatus the TT is back; the weather was not kind and the loss of the lives of five competitors leaves a numb feeling. It appears that the organisers did not use the hiatus well to plan for the return. There were many problems; often unseen by the public; that should not have arisen. The next few months must be used wisely to hold a deep; warts and all assessment to ascertain what was good; what was simply acceptable and what was poor. A feeling of unease seems to be endemic in the marshals; media and public; much needs to be done to improve relationships with those groups or the event could wither and die very quickly. Listening to feedback from them would be a good first step. 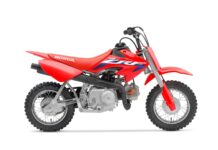