For the many discerning fans of the Italian motorcycle marque, MV Agusta, there is a rare treat in store, a small blue-chip collection of these valuable bikes are the central draw at the Silverstone Auctions sale on August 26th.

The stunning 1970 MV Agusta 750S 743cc (above) sets the standard for the Silverstone Auctions sale as one of the most desirable bikes ever produced with a guide price of: £60,000 – £80,000. It is part of a fabulous collection of Agusta bikes that Mark Bryan has discovered from a collector with an international reputation for only buying the best and the most exclusive.

This is one of the star bikes for the sale already consigned thus far. Mark comments: “We are expecting international interest in this 1970 machine which ticks so many boxes for Agusta fans. It comes from one of the best collections of Agustas it has been my privilege to see and is the earliest example I’ve ever seen.”

Painted in eye catching red, white and blue and hand-built in limited numbers, this very early correct numbers example is in mostly unrestored and original condition. It is part of an exclusive collection and unused for some time will require recommissioning before use. Showing 5,312 recorded kilometres and was purchased by our vendor in 1994 with receipts included.

It comes with a history file with associated paperwork, old MOT from 1994, MV Agusta Owners Club newsletters and Datatag paperwork. This is a very highly collectable and desirable MV Agusta.

Silverstone Auctions are returning to The Classic, the world’s largest classic motor racing festival, at Silverstone Circuit on 26th – 28th August. This will be their twelfth year as official auction partner. 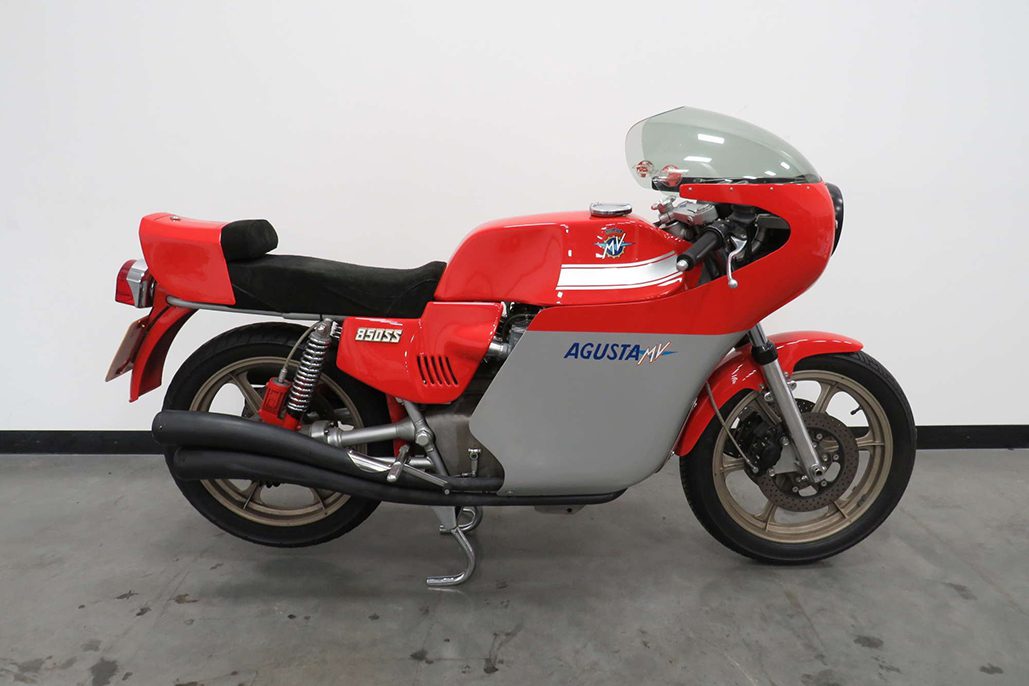 Last of the iconic big four-cyclinder MV’s and the fastest production motorcycle at the time. This very late example is UK-registered from new.

It has a known history with MV tuner Dave Kay, an owner from 1978, and Giacomo Agostini famously photographed sat on the bike and is part of a private collection for last few years so may require some recommissioning before road use.

It is fitted with Magni exhaust system and Eiger foot pegs. A history file is included with various photos, old MOT’s, receipts and some David Kay correspondence.A very rare opportunity to own an original Monza with great history. 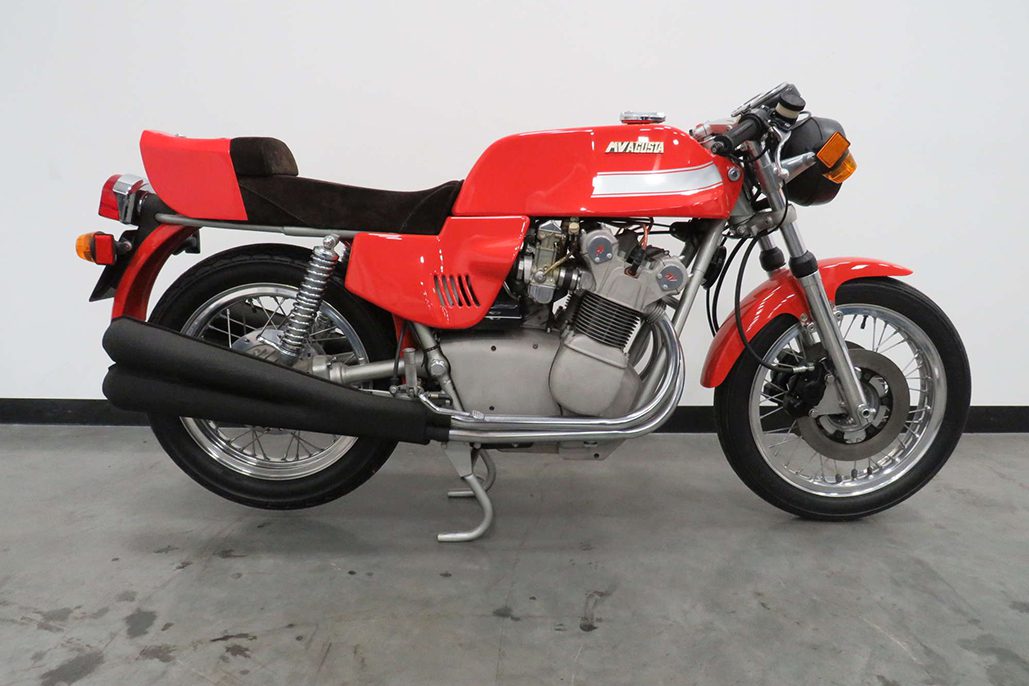 Built from 1976 to 1979 and based on the iconic 750S the America was bored out to 789cc and had a claimed top speed of 135mph. It was described by Bike magazine as “One of the most dramatic looking bikes ever made.”

This correct numbers and unique example is presented in very original condition. The original owner in the USA bought it new in 1978 and shipped to California, and used it for 41 miles and stored it away for 40 years.

Part of a private collection and due to long term storage may require some recommissioning before road use. Very collectable and highly sought after. Complete with California title.

Silverstone Auctions will host two days of auctions; from automobilia, number plates and classic motorcycles to classic and competition cars – the catalogue promises exceptional examples for collectors and enthusiasts alike.

Bidders will have the choice of bidding in person, online, by phone or via commission, with the sale also available to live-stream and watch from home for those that don’t attend in person.

More auction news can be found on our dedicated page here: https://superbike-news.co.uk/category/industry-news/auctions/

For more information on Silverstone Auctions head to the official website: silverstoneauctions.com/