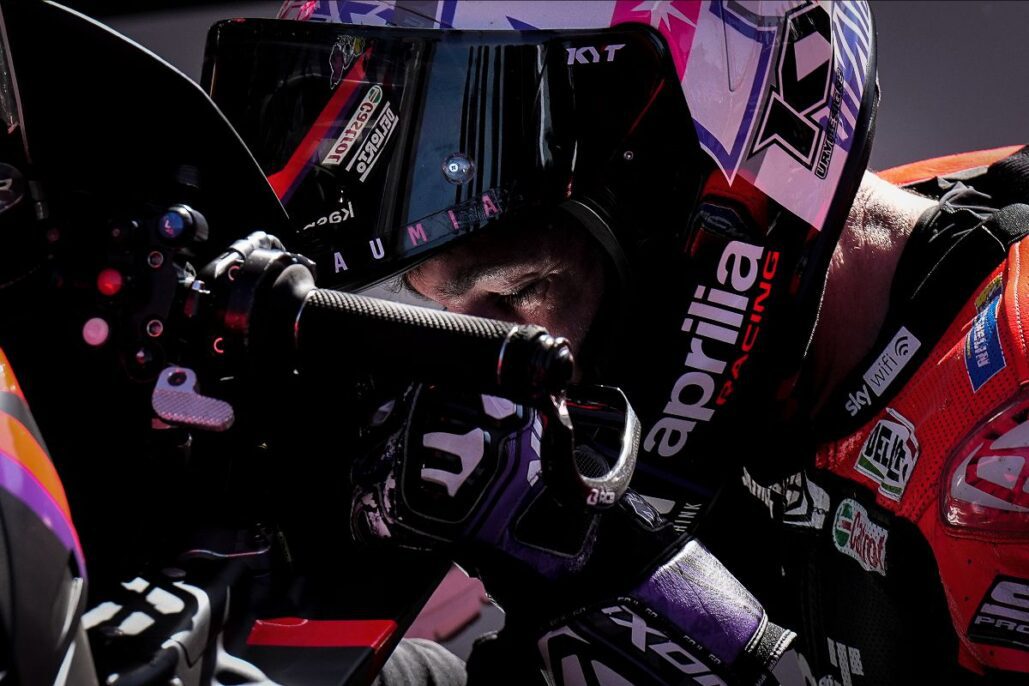 History beckoned in Termas de Rio Hondo, and history was made. The Gran Premio Michelin® de la Republica Argentina will go down in the record books as the first ever premier class win for Aprilia and Aleix Espargaro (Aprilia Racing), so every manufacturer on the grid has now won a MotoGP™ race and every rider on the grid now has a Grand Prix victory.

The Argentina GP also marked Espargaro’s 200th premier class start, with the stage perfectly set to celebrate in style as the long road from 125s to 250s to MotoGP™, back to Moto2™, through the CRT era to MotoGP™ factory rider ended on the top step of the premier class podium.

It didn’t come easy either, with Pramac Racing’s Jorge Martin leading the way for much of the race and then battling it out, ultimately forced to settle for second but taking his first podium of the year. Alex Rins (Team Suzuki Ecstar) likewise took his first podium of 2022 and first since Silverstone last season, the Suzuki rider close to the duel ahead but not quite close enough to attack.

For the first time since 2019, it was lights out in Argentina and Martin got away superbly from the middle of the front row for the holeshot. Pol Espargaro (Repsol Honda Team) launched well to move up into P3 as well, just behind polesitter and older brother Aleix Espargaro as it got close but not full contact close at the front.

The gap at the front extended and extended fast. Martin and Aleix Espargaro soon had a buffer of two seconds to Rins and Pol Espargaro, with Joan Mir (Team Suzuki Ecstar) into P5 ahead of Marini, who in turn had Maverick Viñales (Aprilia Racing), Bagnaia and Brad Binder (Red Bull KTM Factory Racing) for close company.

Lap 10 of 25 saw Aleix Espargaro run wide at Turn 1, losing 0.4s, and then the Aprilia man ran wide at Turn 5 – two mistakes in five corners costing the Spaniard 0.9s. That left Rins just a second in arrears as the Suzuki rider kept chipping away at the gap and Martin’s lead, with 15 laps to go, was up to just over a second. The response from Aleix Espargaro? The fastest lap of the Grand Prix – a 1:39.375, 0.4s quicker than Martin.

After Zarco crashed out earlier, the next to suffer a crash was then Pol Espargaro, rider ok. That promoted Mir to P4, but the 2020 World Champion had two seconds to bridge if he wanted to fight his teammate Rins for the final podium spot.

Up front meanwhile, Aleix Espargaro had regrouped and was now back to where he was before the double error – 0.3s behind Martin – and the first hint of a move came with eight laps to go. The Aprilia moved out the slipstream and was ahead, but it was only briefly. Hard on the anchors, Espargaro couldn’t get his RS-GP stopped at the apex and Martin was back through.

A lap later, it was copy/paste at Turn 5. Still no way through for Espargaro, who looked like he had a bit of pace in his pocket over Martin. But then, at the third attempt at Turn 5, the Aprilia was through.

With four and a half laps to go, Aprilia and Espargaro were leading. With three to go, Martin hadn’t been dropped by Espargaro, and Rins was now 0.8s behind too. Two to go: 0.2s split the top two, and Rins was still just under a second in further arrears.

Heading onto the last lap though, it looked like the stage was set. Espargaro had been able to give himself just over half a second of breathing space, and a monumentally huge lap was incoming for the number 41 and Aprilia – with just 4.8km of asphalt separating him from a dream debut victory. Turn 5 was safely negotiated. Turn 7 too. Three corners left quickly become two. Turn 13 was safely negotiated, no attack from Martin incoming, and finally, flicking his RS-GP left, Espargaro took the chequered flag in P1 for the very first time, handing Aprilia their first premier class victory and adding another entry into the record books.

Just behind, Martin had no answer in the end for Espargaro but second place is crucial to kickstart his World Championship after two DNFs in Qatar and Indonesia, putting him on the board. Rins completed the podium for his first visit to the rostrum in 2022, and in the end, Mir was only 0.5s away from his teammate and podium finish. That has put Team Suzuki Ecstar top of the teams’ standings, with Ducati top in the constructors’ thanks to Martin. Aleix Espargaro, meanwhile, leads the riders’ Championship for the first time.

Bagnaia put in an impressive Sunday salvage to take P5, the Italian getting the better of Brad Binder. Viñales enjoyed by far his best weekend yet with Aprilia as he takes home P7, ahead of former teammate Quartararo. The reigning Champion took a lonely P8 in the end.

Marco Bezzecchi (Mooney VR46 Racing Team) upped the rookie ante with an impressive ninth place as he takes over at the top in the fight for Rookie of the Year, and the Italian beat compatriots Bastianini and Marini to it too. The ‘Beast’ loses the points lead after a P10, with Marini slipping down the order to P11.

History made and party begun, that’s a wrap and we have some new winners in town as the paddock packs up and heads for Texas. What awaits in the Red Bull Grand Prix of the Americas and, maybe crucially, who? The top step has only belonged to two, so tune in next week to see the next chapter in the story – with the sport also celebrating a very special milestone: 500 Grands Prix of the FIM, IRTA, MSMA and Dorna Racing together.

Aleix Espargaro: “I’m extremely happy about this weekend in Argentina. Overall in Qatar and Indonesia I also felt very strong. I felt competitive, I think we had a solid weekend. Honestly, the race was not easy. I expected it to be a bit easier as this morning I felt very strong. But I think I had a smart race, and finally after this long period with Aprilia we achieved the victory and we are leading the championship. This is like a dream. We keep our feet on the ground, but I think we truly deserve this!”