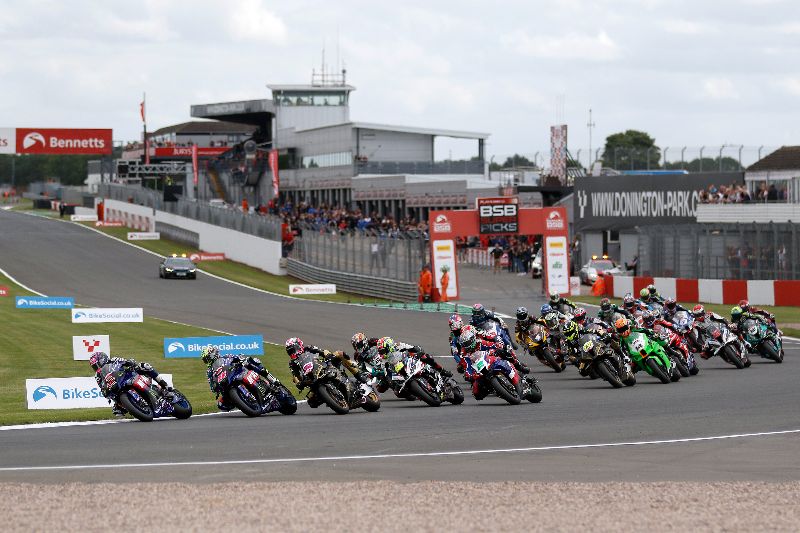 Bradley Ray leads the Bennetts British Superbike Championship contenders into this weekend’s third round of the season at Donington Park as the Rich Energy OMG Racing Yamaha rider aims to claim a prize in the Milwaukee Spring Grand Slam.

There have been three different race winners so far this season – Glenn Irwin completed the Silverstone hat trick, Ray did the double at Oulton Park and Lee Jackson celebrated a first race victory in the final race in Cheshire.

Whilst the trio will bid to add to their winning streak this weekend, there are also a further five riders who have stood on the podium including 2018 champion Leon Haslam, who is gearing up for his home round this weekend.

The stakes are high for Ray as a prize in the Milwaukee Spring Grand Slam remains there for the taking this weekend. Jackson ended his hopes of a run of victory across the six races comprising the competition, but the Kent contender remains in contention for five wins, and if he can complete the triple, he will take home £25,000.

Ray and Jackson meanwhile, could also be in with a chance of scooping the £10,000 prize if either of them can claim four wins from the six Milwaukee Spring Grand Slam Races. Ray would need to do the double or Jackson to be unbeaten this weekend.

Glenn Irwin and Honda Racing UK will have high hopes for this weekend, as the Japanese manufacturer celebrates the 30th anniversary of the Fireblade at Donington Park, and the team have been victorious in the past. He holds second in the standings, six points adrift of Ray as he bids to give Honda even more reason to celebrate.

Young gun Rory Skinner leads the FS-3 Racing Kawasaki charge in the standings; the Scot having scored two podiums so far this season as he seeks his first race win the Superbike class, as teammate Jackson holds fifth ahead of the next three races.

Kyle Ryde on the second of the Rich Energy OMG Racing Yamahas splits the Kawasaki teammates in the standings, and as the Nottinghamshire rider prepares for his home round, he is also coming into round three after his strongest start to a season.

McAMS Yamaha’s Jason O’Halloran will be hunting a podium return this weekend; the Australian won on the National circuit last season and knows he needs to start bagging podium points if he is will be in with a chance of the title in the Showdown.

His teammate and reigning champion Tarran Mackenzie will be bidding to begin his title defence this weekend at his home round. The current number one has yet to race in 2022 after breaking his ankle in pre-season testing, so is targeting his comeback from injury this weekend.

Tommy Bridewell is another previous winner at Donington Park and he holds seventh place in the standings for Oxford Products Racing Ducati, nine points ahead of FHO Racing BMW’s Peter Hickman who completes the current top eight.

Andrew Irwin (SYNETIQ BMW) and Christian Iddon (Buildbase Suzuki) will be pushing to elevate themselves from the top ten into the all-important top eight, but there are also two riders who expect a surge up the standings. MCE Ducati teammates Josh Brookes, a double champion, and his World Championship-winning teammate, Tom Sykes, who has recent knowledge of the circuit from his time on the world stage.

Bradley Ray
Rich Energy OMG Racing Yamaha
Championship leader
“Oulton Park was obviously nearly a perfect weekend for myself and the Rich Energy OMG Racing Yamaha team. We managed to take the first victory of the season and my first win in four years, and then back it up to make it a double. We nearly made it a triple and a perfect weekend, but I struggled a little bit in the last race.

“Overall I was super happy with how Oulton Park went – we also had two pole positions and two watches, three trophies, the Milwaukee trophy, Bennetts Rider of the round and also the new all-time lap record. I was over the moon with that and now I am looking to take that confidence into Donington Park and keep that ball rolling!

“Donington Park was the circuit where I got my first victory in Superbikes so I am really looking forward to being back there, especially on the Yamaha, and carrying the speed and consistency that we have had at the start of the season.

“Hopefully the weather stays good; I am feeling good and the package is working well; the base setting is good, so I can’t wait now.” 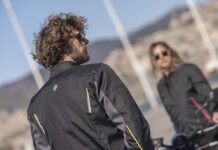