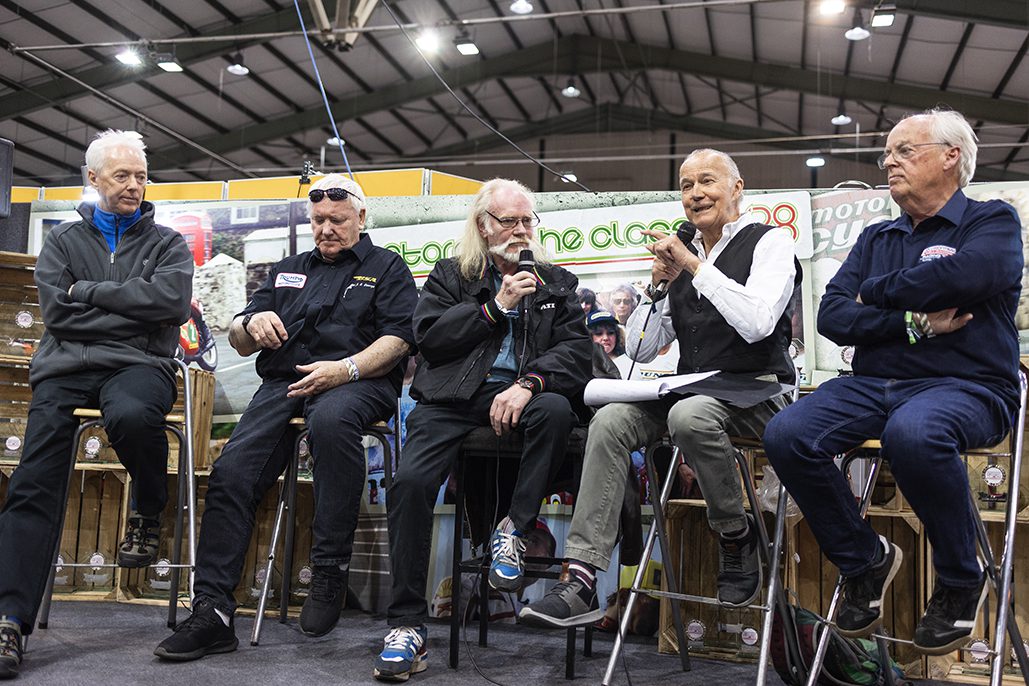 THOUSANDS OF showgoers, including a Hollywood star, were out in the post-lockdown sunshine at the Stafford County Showground over the weekend of April 23 – 24 to celebrate all things motorbikes… and there was plenty to celebrate.

The International Classic MotorCycle Show always has loads to see and do, and this year was no different as the crowds packed in to see bikes, club stands, trade stands, world exclusives, book launches, live trails, firing-up area, Bonhams’ auction, the competition hall… and more special guests than you could shake a stick at!

Perhaps the most notable display was the world exclusive Mike Hailwood exhibit, featuring never-before-seen family memorabilia of the former champion. Guests were able to view these heirlooms, from his 1978 TT winner’s Dunlop cap through to his George Medal, awarded when Mike rescued Clay Regazzoni from his burning BRM at the South African Formula 1 GP. Talking of awards and winners, the class of 1978, which consisted of Alex George, Ian Richards, Phil Read and Chas Mortimer, were on stage across the weekend giving first-hand accounts of their racing careers and inside stories into the motorbike racing scene.

The Bonhams Auction was particularly nail biting with a very special ex-Reg Barton, Dick Knight, 1929 Brough Superior 996cc SS100 Alpine Grand Sport Sprint Special which sold for a staggering £220,000! And showgoers might also have even seen an A-list celebrity or two. Jason Momoa, best known as DC superhero Aquaman, was also there. Being a keen motorcycle enthusiast, Jason perused the show and examined the lots in the Bonhams Auction.

Event organiser Nick Mowbray said: “It was a brilliant weekend! We have received marvellous feedback from visitors and traders alike. The addition of the Hailwood display and the ‘Class of 78’ added something very special to a tried-and-tested format.” 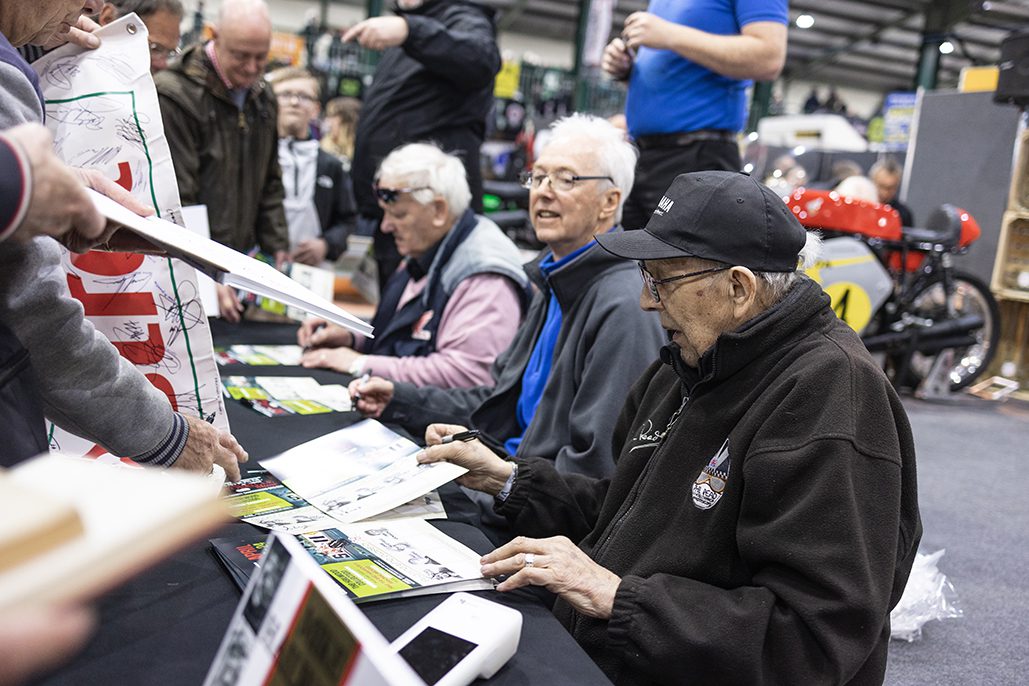 or head to the Classic Bike Shows website www.classicbikeshows.com