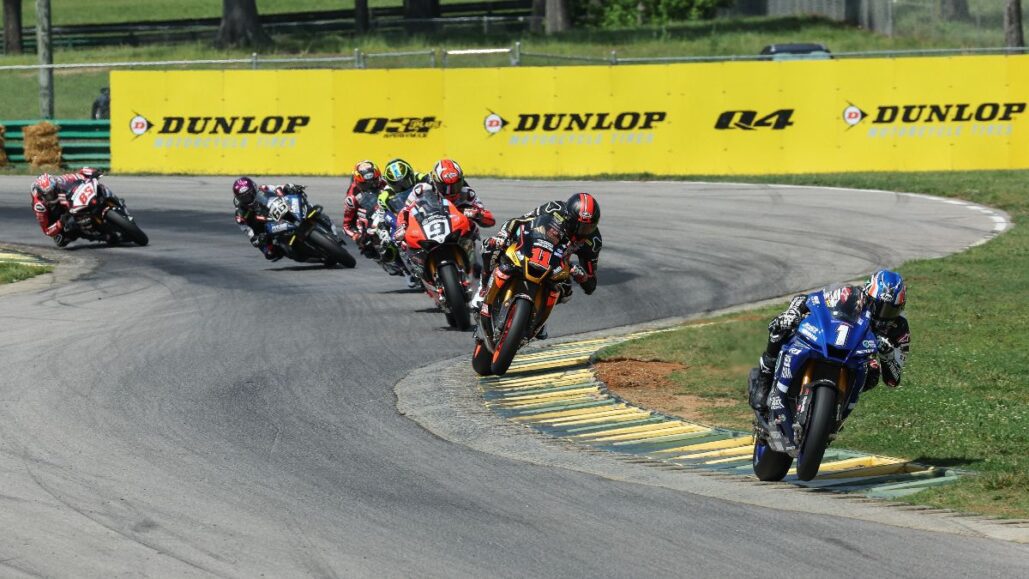 Last year at VIRginia International Raceway, Jake Gagne not only won both races, he dominated them, winning race one and two by 11.8 and 13.9 seconds, respectively. The two VIR races were his biggest margins of victory in a season that saw him win 17 races.

Gagne again leaves Virginia with two MotoAmerica Medallia Superbike wins at one of his favorite racetracks, but this time, the margins of victory were much closer – 2.9 seconds on Saturday, 3.2 seconds on Sunday. And he freely admits that his rivals have gained a bit of ground on him. He also admits that he’s in favor of it and likes the fact that 2022 looks to be a 180 from last year in terms of the speed of his competition.

“There’s no such thing as those big eight-second leads anymore,” Gagne said, post victory. “Every half-10th or 10th, I’ll take it. These guys are all stepping it up this year. I’m excited. I think we’re all excited. It’s going to be some good battling. I think we’ll put on a show. It will be a little bit more exciting than some of the races last year. As much as I love cruising around at the front, I love battling, too. I love racing these boys.”

With Gagne and his Fresh N Lean Progressive Yamaha YZF-R1 winning race two on Sunday to complete his perfect weekend, Westby Racing’s Mathew Scholtz finished second. Again. This time Scholtz wasn’t overly upset with his fifth runner-up finish of the year. After all, he’d destroyed his A bike in a morning warm-up crash, forcing his crew to try and replicate the setup on the second bike.

Third place went to MotoAmerica Medallia Superbike Championship leader Danilo Petrucci, the Warhorse HSBK Racing Ducati NYC-backed Italian crossing the line just .020 of a second behind Scholtz as the pair raced to the finish line together. What happened next is still a bit of a mystery, but Petrucci crashed the Panigale V4 R in the fast turn one after the finish line and suffered a laceration on a leg that required stiches. Petrucci was in the medical center and missed the podium ceremonies.

The scrap for second lasted the entire race and featured Scholtz, Petrucci and Gagne’s teammate Cameron Petersen. Petersen was dropped from the battle in the closing laps and finished fourth, 1.5 seconds behind Scholtz/Petrucci.

Tytlers Cycle Racing’s PJ Jacobsen finished fifth on his BMW M 1000 RR and was challenged to the end by the pair of Vision Wheel M4 ECSTAR Suzukis ridden by Richie Escalante and Jake Lewis. Escalante ended up .270 of a second behind Jacobsen in sixth and .257 of a second ahead of seventh-placed Lewis.

With three rounds (and six races) complete in the 2022 season, Petrucci’s lead has shrunk to 4 points over Scholtz, 104-100. Gagne, meanwhile, has vaulted himself to third in the championship chase, 13 points behind the Italian. Petersen is fourth, 13 behind Gagne. Barbera sits fifth – and is still the only rider in the top five to have scored points in every round.

Jake Gagne – Winner
“I think, in the beginning at least, the pace was a little quicker. I think all of us, at least me, for sure. I was a little surprised that the pace yesterday wasn’t what I was hoping. We didn’t make a lot of changes. We were a little off on tire pressure yesterday, I think. We definitely knew that. So, with that little bit of a tire pressure adjustment, I was able to run the times I wanted to a little bit easier in the beginning. Those first five, six, seven, eight laps were pretty strong. I didn’t make any mistakes. I could see I was just inching out on those guys. Going through turn four or five or whatever you’ve got that big screen and sometimes I could go through there and I saw Mat (Scholtz), Danilo (Petrucci), Cam (Petersen), all in a good battle there for second. So, I just tried to keep an eye on my pit board. Just like yesterday, mistakes can happen easily when it’s that slick out there towards the end, but these Dunlops held up good and this Yamaha… I’m just stoked that I get to ride this bike every weekend. I’ve got the best team that I could ask for behind me. I’m happy we made a little progress today because I knew we needed it. Everybody would be stepping it up. It’s good to get another win.”

Mathew Scholtz – Second
“If you had told me last night I would take another second today, I probably would have punched you in the face. I’m tired of getting seconds. But after this morning’s crash, I’ll happily take it. The bike was totaled. We have a totally different tank, which I had to get used to. We haven’t done a single lap on the bigger tank with the weight over the front tire. It’s just a completely different bike, really. Just the first couple laps, I was sensitive out there. We were pretty similar in most of the corners, but there were two or three corners where he would pull out probably one and a half tenths just in those corners. For the rest of the track, I felt we were similar in maybe one or two corners. I would catch him by a bike length, but for the most part on those parts where he was strong, he was a lot stronger. Just really happy to take second after battling and seeing the board with plus 0.1 for 15 laps straight and just hearing Cam’s (Petersen) bike, Danilo’s (Petrucci) bike. Danilo passed me one time and kind of pushed me a little bit wide, which I wasn’t the happiest with because we were upright braking. I passed him back and started riding my own pace to make sure I got out of the corners well and broke late. I was kind of hoping with braking late and kind of parking the bike that Danilo and Cam would start fighting and help me a little bit. A massive thank you to the Westby team. The bike was totaled, so for them to bring out the second bike and put the settings on it and for me to finish second, I couldn’t be happier. To Tryg (Westby) who runs this whole team. He’s the main guy behind this whole project. He’s put his heart and soul into this team and me for the last five or six years now. If it wasn’t for him, I’d be back home waiting tables or something. I’m just living the dream here. Happy to be up here with Jake (Gagne) and battling with Danilo, a world-class rider. It’s just incredible stuff. I’m really happy. The next race, Road America, I have struggled there previously so we need to try to figure something out there and hopefully I’ll be challenging Jake.” 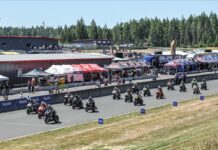 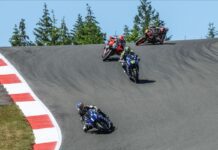 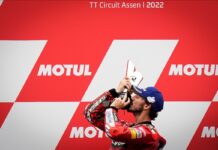 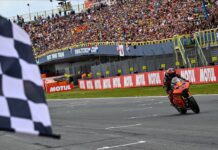 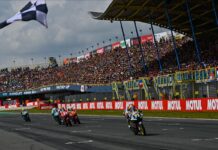